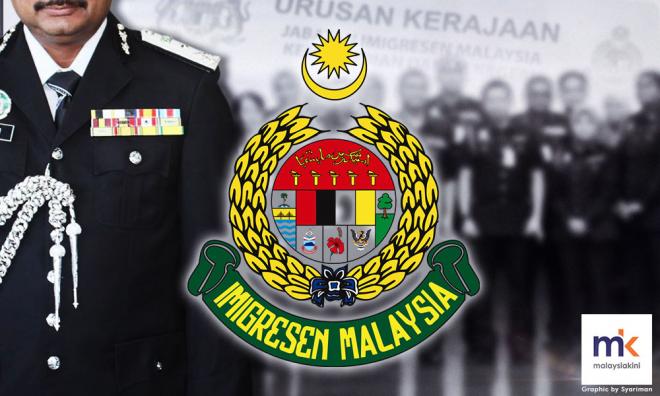 He said the decision to replace the myIMMs was made at the last Cabinet meeting as the Immigration Department needed an integrated system that would be really efficient with up-to-date technology.

“The new system, which may be known as myIMMs Global, was proposed as among the efforts to increase Immigration’s service capacity, besides replacing other patch-on systems used by the department currently.

"We expect this new system to be able to fully replace the role of myIMMs in at least two years from now," Muhyiddin said at a news conference after officiating at the Immigration Day 2018 celebration in Putrajaya today, adding that the existing system would be used as usual until that time.

He said the Cabinet also agreed to scrap the RM3.5 billion National Immigration Control System (SKIN) project implementation, with the decision made based on the need for a new system that would be more comprehensive, efficient, user-friendly and of more monetary value, as well as saving government funds.

Muhyiddin said the Home Ministry would discuss with Prestariang Bhd, the company carrying out the SKIN project, to determine the appropriate amount of compensation to be paid due to the project cancellation.

“We will pay compensation that is proportionate to what they have started and we believe the amount will not be too big,” he added.

In July 2017, Pretariang through its subsidiary company, Prestariang Skin Sdn Bhd, signed a concession agreement for a period of 15 years with the Home Ministry to replace the myIMMs.

SKIN, projected to be implemented in 2021, is being developed to enhance the country’s immigration control system, hence also safeguarding security at the border areas, in meeting the Immigration Department’s current and future operational needs.

Muhyiddin said development of the system would be accorded via open tender and in the procurement process, the government would give major consideration to the pressing need for an improved system.

On media reports on detention by the Australian authorities of eight Malaysians believed to have been involved in the agricultural industry, Muhyiddin said he had not received a complete report on their detention.

According to the Australia news.com.au portal, the eight were arrested by Australian Border Force officers in raids at two separate locations in that country.