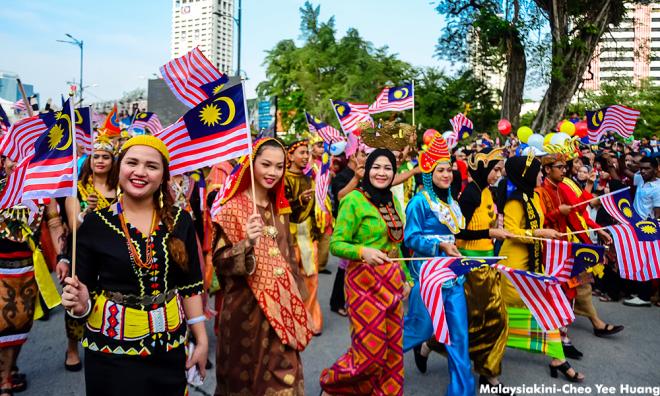 ADUN SPEAKS | It is extremely unacceptable, in my opinion, for the prime minister to issue a statement that he will not resume local government elections on the grounds of racial disharmony among other reasons.

If our new government continues to make race and ethnicity or other identity politics a major consideration in implementing policies for the country, then all our reformation efforts thus far would have added up to nil.

We would fail to meet the aspirations of the people as the new government. In the end, the entire ruling coalition will be shackled in the execution of their policies until our downfall at the next election.

I think it is about time for the new government to stop making policy considerations through a racial lens, but to leave behind this sort of identity politics in order to accomplish the national reform mission we have undertaken.

Naturally, this must include the reform and revival of local government elections as the failure to do so would mean that the local government does not actually carry the mandate and aspiration of the people to carry out effective changes in their respective areas.

We must stop deploying race and ethnicity to sabotage the reform process that is slowly gaining traction in this “New Malaysia”.

If the government must always make race and ethnicity the primary consideration for all its decisions, I believe today we will not have a Chinese as the finance minister, an East Malaysia native as the chief justice of the Federal Court, much less the appointment of other minorities in the country to hold important portfolios in the government.

Not only is such a consideration extremely unjust, it directly encroaches upon the confidence of local talents returning to our homeland.

If we continue to allow racial politics to grow in this country, then I am afraid that the reforms we wish to implement, such as the implementation of the Malaysia Agreement 1963, the reform of our electoral system, and the administrative, as well as fiscal decentralisation of federal power to the states, will all be akin to chasing the wind.

Local government election is an indispensable priority in all democratic institutions as the life of regular citizens are directly linked to their policies and executive abilities.

Whether drainage systems are maintained regularly, garbage collected on time, whether local parks are upgraded from time to time, whether the community enjoys a livable environment, the efficiency with which licences are being renewed and issued and whether public transportation is provided to the community effectively, all these affect every facet of the life of a regular citizen.

Many times, because the local government is not elected - and therefore unable to reflect the mandate of the people to carry out reforms - the regular citizens will not be able to foresee the possibility of their lives being improved or their living environment being upgraded before any democratic process. This will indeed be a fatal blow to the Harapan government.

Moreover, if we continue to govern with race-based politics, ethnic issues will always fill up our media. As the ruling government, the need to struggle and handle ethnic issues daily will certainly be a huge burden to the government and for the country as a whole.

As of today, the new government has yet to reach its first tenure as a ruling party. In all actuality, there are still ample opportunities to readjust its stride and decide to walk out of the racial political arena and promote institutional reforms that reflect democracy and good governance.

I agree that our first priority should always be to improve and boost the economy, but at the same time, we must continue to engage in a dialogue with people from all walks of life and ethnic groups to promote holistic institutional reforms.

If we choose to be overwhelmed by ethnic issues, we will continue to suffer under them even if our economy booms and our country will still flounder and ultimately be in pieces.

I hope that our new ruling coalition will be resolute in pushing and promoting all necessary institutional reforms boldly, whether they concern the reform of local government or the electoral process, thereby bequeathing a positive political legacy for this “New Malaysia”.

PHOONG JIN ZHE is the DAP assemblyperson for Luyang, Sabah.