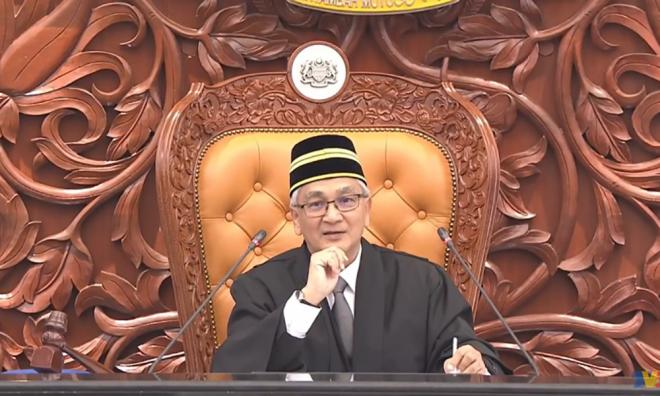 PARLIAMENT | The reform agenda of the Parliament was implemented at the second meeting of the first term of the 14th Parliament which came to a close today after sitting for 30 days since Oct 15.

Dewan Rakyat Speaker Mohamad Ariff Md Yusof said the meeting, which was the second under the new Pakatan Harapan government, saw members of the Parliament implement the reform agenda on the institution of Parliament as pledged.

"I am very grateful that with the new mandate given by the people since May 9, the agenda of reforming the Parliament was successfully carried out with the support of all members of the House.

“Among them is empowering the Public Accounts Committee (PAC) and to create six new select committees as well as the establishment a caucus group across political affiliation, the Reform and Governance Caucus.

“Hopefully, we will continue to mobilise the commitment to return the dignity of Parliament as an open, independent, transparent and people-friendly legislative institution in the practice of parliamentary democracy in Malaysia,” he said in the speaker's closing speech.

Mohamad Ariff in representing his two deputies, Rashid Hasnon and Nga Kor Ming, also expressed appreciation to all MPs, government officers, media representatives and all parties involving in making the meeting a success.

“Merry Christmas to all Christians, Happy New Year 2019 which is around the corner and the best of luck to Harimau Malaya when meeting Vietnam in the 2018 AFF Suzuki Cup final tonight, he said.

The Dewan Rakyat adjourns sine die (date for next meeting yet to be set).