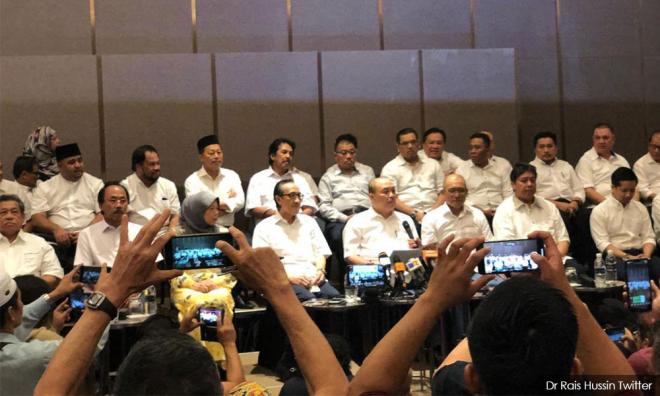 Umno Sabah's Wanita wing was yet to decide if its members would be following the step of other party leaders who quit Umno yesterday, said its chief Jainab Ahmad Ayid.

Jainab said the wing’s division leaders want to explain the matter to their members and discuss before making a decision.

“Sabah Wanita Umno has yet to decide because our leaders need to explain the matter to committee members at their respective divisions and subsequently, to the grassroots.

“The respective Wanita divisions will make their decisions after the discussions are done, and will resign en bloc if needed,” Jainab was quoted as saying by Free Malaysia Today.

The portal also quoted Sabah Puteri Umno chief Fadilah Sarbi as saying in a statement that it was up to its divisions to decide which direction they wanted to take following the exodus by the male party leaders.

Jainab and Fadilah issued their statements hours after more than a dozen Sabah Umno MPs and state assemblypersons quit the party yesterday and pledged their support for Pakatan Harapan and Prime Minister Dr Mahathir Mohamad.