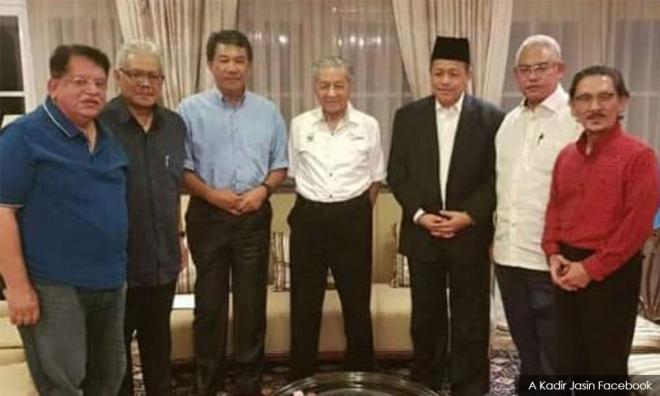 The meeting between Prime Minister Dr Mahathir Mohamad and five Umno leaders took place on Oct 22, according to veteran newsperson A Kadir Jasin.

Photographs of the meeting have gone viral on social media.

In a Facebook posting this morning, Kadir, who is also Mahathir's media and communication advisor, said the meeting was requested by the Umno leaders.

"The prime minister served dinner to those who had insulted him in the past. In ancient days, they would have probably died of poisoning (as in their meals would have been poisoned).

"Surely, some of them were hoping that the meeting with Mahathir would give them some sort of a 'lifeline' (talian hayat) but they were wrong," he said, noting that on Nov 15, Tengku Adnan was charged with corruption.

"A crime is still a crime," he added.

Yesterday, Tengku Adnan was charged again for accepting RM2 million from a businessperson.

Meanwhile, Shahidan was charged with molesting an underage girl on Nov 12.

The photographs surfaced following the exodus of Sabah Umno lawmakers and reports claiming that several Umno MPs in the peninsula are also planning to leave the party.