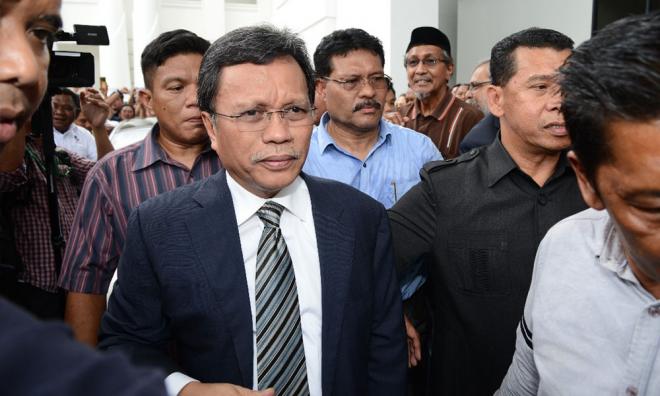 Parti Warisan Sabah president Mohd Shafie Apdal said his party was open to accepting Independent elected representatives as members, however, they should do so without any pre-conditions.

Shafie, who is also Sabah Chief Minister, said Warisan, as the Sabah Government's linchpin party, was always receptive to ideas which could unify the people and develop the state.

"So far, there have been elected representatives who have expressed a desire to join us (Warisan) and we are open, but with this cooperation, I hope there is are no pre-conditions requested by any party," he said.

He was speaking to reporters after a ceremony to mark the loan repayment from the Sabah Economic Development Corporation (Sedco) to the Sabah state government, outside the State Assembly in Kota Kinabalu today.

Yesterday, 14 elected representatives from Sabah Umno left the party to become Independent candidates and expressed their support for the government.

Shafie said the government's main concern was the people of Sabah, and it would continue to help develop all areas in the state, including those won by the opposition.

"The government has a policy that we will help all the people in the state ... we have placed no restrictions in the party or government to ensure that the state continues to be developed," he said.

"We would like to thank Sedco's leadership, for repayingits loan from the state government and I hope Sedco's management continues to be enhanced to enable a vibrant economy in the state, as well as to create more business and employment opportunities," he said.