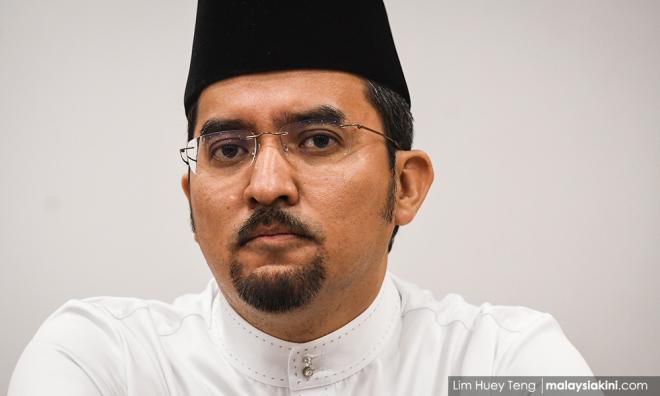 Umno Youth chief Asyraf Wajdi Dusuki has urged party members to cease backdoor negotiations being carried out with the aim to return to power.

Instead, he said the party’s focus should be squarely on acting as an effective ‘check and balance’ on the government and members should not be attempting negotiations with Prime Minister Dr Mahathir Mohamad or Pakatan Harapan de facto leader Anwar Ibrahim.

“Umno need not sell its dignity by taking shortcuts and rush its return to power through backdoors. Any effort by some to negotiate with Mahathir’s or Anwar’s proxies should cease immediately.

“As long as such efforts exist, Umno would be seen as directionless and would suffer an even worse disintegration.

“What is even more worrying is that even if negotiations succeed with any party, Umno would be punished even more severely in the next general election for being seen as unprincipled and solely interested in power,” Asyrad said in a statement this morning.

His statement came amid rumours that former Umno stalwarts are anxious to secure their political future and are reaching out to leaders in the ruling Pakatan Harapan to see this through.

The party is currently facing another wave of defections to ruling parties like Bersatu and Warisan.

Nazri said he had made four requests to Anwar including to ensure that Umno is not de-registered and that Umno MPs can receive the same allocation as government MPs.

In return, Umno MPs would back Anwar when the latter becomes prime minister.

The prospect of working together with DAP, however, had not gone down well with the Umno grassroots leaders.

Asyraf said that of the Umno MPs leaving the party, many have cited a lack of faith in the party leadership and the party’s lack of direction.

Despite Umno’s defeat at the 14th general election, he said the people had not rejected Umno’s cause.

Instead, he said Umno is being seen as arrogant and implicated in various kinds of misappropriation, corruption, and other problems with integrity.

This meant that Umno needs to be remorseful, reflect upon its mistakes, and apologise to the people for it.

“Now, Umno has received its punishment through the 14th general election results.

“What is important now is for Umno to go through a process of ‘cleansing’ and internal transformation so to rise again and regain the people’s trust […],” he said.

Asyraf added that Umno should learn from PAS’ perseverance in upholding its principles although it has been in opposition for over 60 years, whereas Umno is cracking under pressure after being out of power for just seven months.