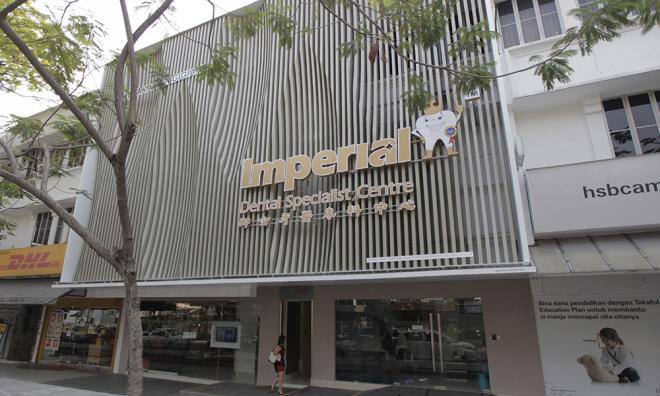 Judge Harmi Thamri Mohamad @ Shaharuddin made the ruling against the centre, which was represented by a member of its board of directors, Dr Alice Wong Yen Lin, 47, as the person summoned, after finding the defence having failed to raise reasonable doubts in the case.

“The court takes into account factors that are consistent with the provisions of the law to be a lesson and an example for all medical practitioners to comply with the Malaysian Health Ministry’s standards,” he said before handing down the sentence.

Wong was also ordered to pay prosecution cost of RM5,000.

The specialist dental centre was initially charged with nine counts pertaining to Syed Alman Zain’s death, but was ordered to enter defence into five of the charges.

They were for the second, third, sixth, seventh and eighth charges, while the centre was acquitted and discharged of the first, fourth, fifth and ninth charges on grounds that the prosecution failed to prove a prima facie case.

On the second and third count, the centre, as a licence holder, was alleged to have failed to ensure that Noor Azima Muhamad Nuwi, 26, was qualified to conduct an orthopantomogram on Syed Alman Zain and also with failing to keep and maintain an 'employee's register'.

On the sixth count, the centre was charged with failing to provide the necessary measures to save Syed Alman Zain's life, namely by not providing oxygen.

For the seventh count, the centre was charged with failing to submit to the University Malaya Medical Centre (UMMC) – which received the patient under emergency transfer – a copy of all the patient's medical records required under Section 31 (1) (d) of the Private Healthcare Facilities and Services Act 1998.

The centre was acquitted of four counts pertaining to the administering of anaesthesia and drug labelling.

All the offences were committed at a clinic located on Jalan Telawi, Bangsar Baru, Brickfields, between 6pm and 9.05pm, May 26 to June 2, 2016.

"Although charged for the first time, the clinic was faced with five charges. As a result of the lackadaisical attitude of the clinic, it has given a bad name to the dental institution,” she added.

Lawyer P Sreekant, representing the dental centre, said the clinic had made many improvements since the incident.

A total of 13 prosecution witnesses and two defence witnesses were called to testify during a hearing of the case which began on March 6, 2017.

Syed Alman Zain, husband of Nurulhidayah – the eldest daughter of Zahid – reportedly became unconscious while undergoing treatment at the dental centre, and was referred to UMMC where he was pronounced dead.