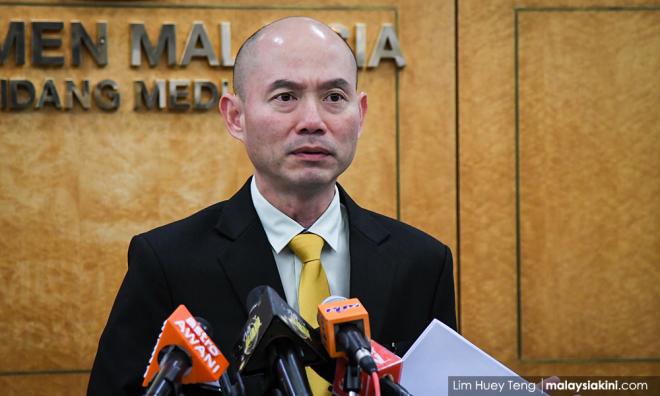 Amid a wave of Umno defections to Bersatu, Kepong MP Lim Lip Eng has urged Terengganu Bersatu chief Razali Idris to know who his rakan seperjuangan (comrades) are, and who are merely “fair-weather friends”.

He said this after Razali had questioned whether Lim is concerned about the defections because it would increase Malay-Muslim voice in the Dewan Rakyat, and upset the current balance of power that favour DAP.

“Do recognise who your rakan seperjuangan are, and who your fair-weather friends are. DAP stood by Bersatu when things were against us, and will continue to stand by Bersatu as we govern the country.

“These lompat parti (defecting) frogs would have stood by and watched as Umno persecuted those who left the party, should they have won the 14th general election. And their entry to Harapan is not just a matter of allowing these fair-weather friends in.

“As they are willing to dump the party after a loss, you should also know there are people who cannot be trusted when times are bad and will do anything to gain power,” he said in a statement today.

He stressed that his objection to party hopping had nothing to do with a more vocal Malay-Muslim voice in Parliament, and warned that this race-based perspective is a dangerous route to take.

On the contrary, he said DAP supports having more MPs regardless of race to be chosen from Pakatan Harapan by the people.

However, he said although he respects the freedom of association, defecting after losing power is immoral.

“My dear saudara YB Razali, would you embrace Najib with open arms if he fills up Bersatu membership application form tomorrow?

“The people had voted the BN government out in 14th general election. Accepting the frogs would be a betrayal of the people. Accepting party hoppers should be an exception, not a norm, and never something to be embraced whole-heartedly and celebrated.

“A party built through people who were there through all the hardship will grow to be a better and stronger party than one where people joined because of the goodies dished out,” he said.