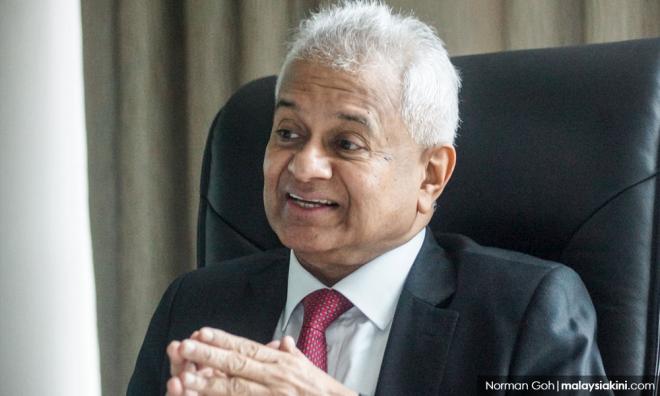 AG: Seafield temple dispute to be resolved 'in months'

A resolution to the land dispute involving the Sri Maha Mariamman Temple in Seafield, Subang Jaya, can be reached in the coming months, said attorney-general Tommy Thomas.

He said parties involved in the dispute have had a meeting at his office early this week, and they are confident that an agreement that would provide a fair and equitable solution to all parties is achievable.

“In the spirit of consensus, and a give-and-take approach by all the parties concerned, an amicable resolution of all the matters in dispute can be achieved in the coming months,” he said in a statement today.

The plan, he said, entails One City Development Sdn Bhd transferring a one-acre plot of land where the temple is located to a trust administered by the High Court.

This is subject to terms to be agreed upon at a later date.

He said he as the attorney-general would apply to the High Court to constitute the trust and appoint its trustees to manage the trust and the temple.

“The High Court will be invited to appoint a receiver, who will be a person of repute, standing and integrity acceptable to all the disputants, who as an officer of the court will have control and direction over the trustees of the temple, and subject to court supervision,” he said.

When the time is right, he said the court would be invited to transfer ownership of the land to the trustees.

He said this is the settlement plan that the lawyers representing various stakeholders in the dispute have in mind, and he is giving his support for the plan.

In a statement later sent by One City Development, the developer stated that it supported the plan as detailed by the attorney-general.

"We actively expressed our full commitment and cooperation to provide the necessary resources in order to reach a resolution that is deemed appropriate by the government.

"We are grateful for the government’s stewardship in bringing relevant parties together to resolve the land issue as quickly and amicably as possible.

"We understand that there are various steps to the resolution proposed by the attorney-general and we are committed to working closely with the Attorney-General’s Chambers," read the statement by the company management.

The temple became the focus of national attention late last month after it was rocked by several nights of violence.

Riots erupted at the site on Nov 26 and 27 following a dispute over the temple's relocation.

It led to the destruction of several vehicles and business premises, as well as severe injuries to firefighter Muhammad Adib Mohd Kassim, who is currently being treated at the National Heart Institute.

One City owns the land that the temple sits on, having bought it in 2007.

The company had allocated a nearby plot of land in USJ23 for the temple’s relocation and had agreed to give RM1.5 million for its construction.

Under a 2014 consent judgment, all stakeholders had agreed for the temple to be relocated, but disputes over the matter remain.

Following the outbreak of violence in and around the temple, Thomas offered to mediate the dispute.

This is in exercise of his powers as guardian of public interest with regard to charitable trusts.