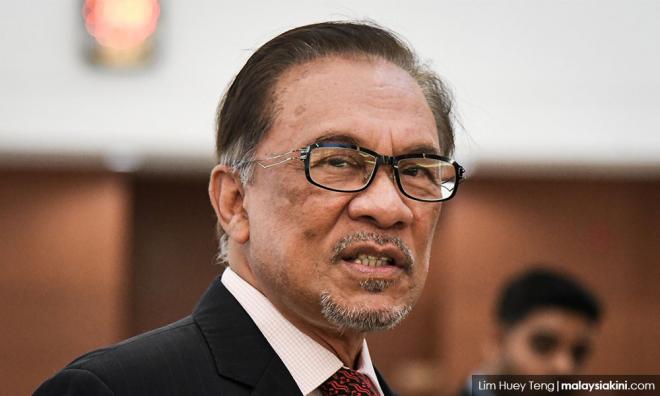 Anwar: I told Umno MPs to stay where they are

PKR president Anwar Ibrahim said he was cautious when Umno MPs approached him about joining PKR.

"I was very cautious. I told them to stay where they are first and let us discuss the matter in more detail so that the rakyat will not have the perception that we are shifting from the principles of our struggle," he told reporters in Kuching, according to The Star Online.

"We are a democratic country but we must maintain our integrity as a coalition with principles that stand against corruption and racism."

So far, 16 MPs have quit Umno and pledged support for Prime Minister Dr Mahathir Mohamad. Three of them have been accepted into Bersatu and more are expected to make similar transitions in the coming weeks.

This has caused discontent among some DAP leaders who are concerned that Harapan supporters will not agree to this.

Mahathir had vowed that only "good" people from Umno would be accepted into Bersatu's ranks.

Anwar said his meeting with Sarawak PKR division leaders saw many attendees voicing concerns over the recent developments as well.

"They were worried that Harapan's spirit would be eroded but I gave assurance that Harapan will hold on to its principles even if we have new members," he said.

Anwar had met the Sarawak division leaders today to consult them on the appointment of the new state PKR leader.

Miri MP Dr Michael Teo (above) said he had offered himself as a replacement for two-term incumbent Baru Bian.

It is understood that Anwar had asked for the choosing of Sarawak PKR leader to be done by secret ballot with the results to be announced tomorrow.