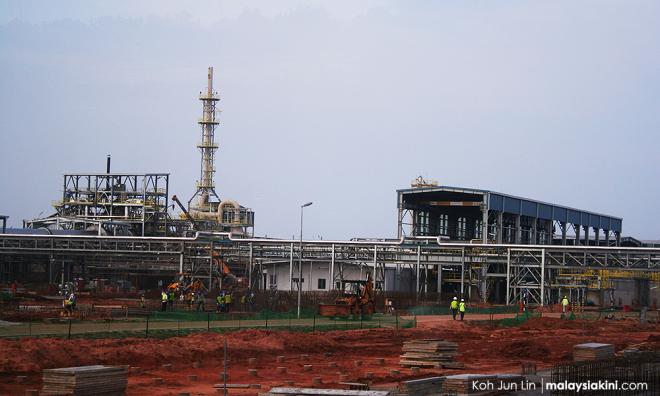 Group wants MACC to step in on Lynas issue

Save Malaysia Stop Lynas (SMSL), a group advocating against Lynas' rare earth processing plant in Gebeng, wants the MACC to look into the facility's approvals.

"It is high time the MACC looks into how Lynas got its construction approval and keeps getting its operating license renewed, even when the Environment Department and the Atomic Energy Licensing Board (AELB) have full access to Lynas' monitoring data.

"How long will the Pakatan Harapan government tolerate the serious groundwater contaminations and the massive amount of waste left in such a leaky facility, and (allow the company) to continue to pollute our environment and to spread hazards to our community?” SMSL chairperson Tan Bun Teet said in a statement today.

Lynas has repeatedly stressed that it has complied with all regulatory requirements.

The executive review committee report on the operations of the Lynas Advanced Materials Plant (Lamp) had also found that the facility had generally complied with regulations.

However, the same report found an increase in the groundwater concentration of heavy metals – such as nickel, chromium, lead and mercury – and requested a special study into the matter.

According to Tan, these heavy metals are just part of the contamination produced by the plant.

“The contamination data on nickel, chromium, lead and mercury we have seen on page 80 and 81 of the report by the executive review committee on Lynas are only a glimpse of the full extent of the contamination problems," he said.

Tan added there were also concerns over the 451,564 metric tonnes in water leached purification waste which the facility had produced.