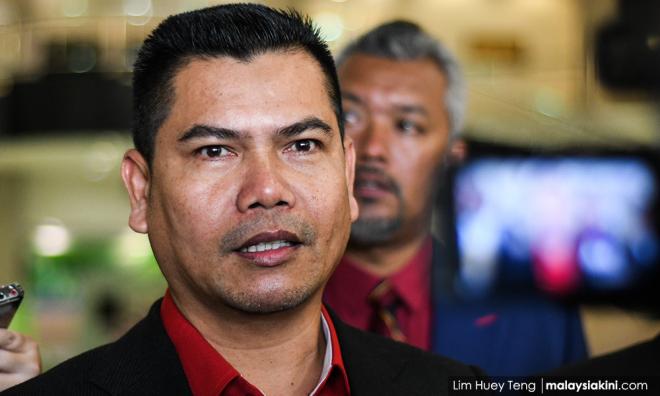 Sungai Besar Umno chief Jamal Md Yunos has called on Ahmad Zahid Hamidi to step down or go on leave as Umno president.

"Looking at the current political climate, Sungai Besar Umno and I are worried.

"We are not blaming anyone but Sungai Besar Umno has lost trust in the party’s president Ahmad Zahid Hamidi," he was quoted as saying by Berita Harian today.

Umno had in the past given Jamal wide latitude to conduct stunts that the party was unwilling to officially conduct under its own name, such as confronting anti-government protests.

Jamal did his stunts under the "Red Shirts” movement, which included smashing beer bottles in front of the Selangor state secretariat building, vigilante raiding of illegal gambling outlets and organising counter-protests against anti-government protestors.

Umno had previously disavowed Jamal’s actions, with Zahid saying last year that the party did not condone the division chief's beer bottle-smashing stunt.

Following the installation of the new government following the May 9 general election, the police had cracked down on him.

Jamal said Sungai Besar Umno used to be a staunch supporter of the Umno president but is now withdrawing its support.

"This is because we see that he is incapable of handling the current crisis.

"I don't blame him but he is seen as weak and incapable," Jamal was quoted as saying.

Umno was the largest party in the Dewan Rakyat with 54 MPs despite losing power in the 14th general election.

However, Umno is now left with 38 MPs after a continuous stream of elected representatives quit the party, blaming Zahid for failing to provide direction.