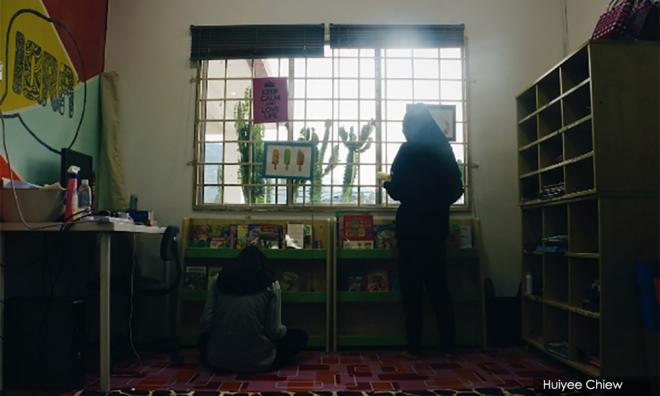 Aina’s story: Why M'sia needs to rethink how it treats institutionalised children

FEATURE | When Aina first arrived at Rumah Solehah, aged six and with no kindergarten education, she could not read or write.

Rumah Solehah, by no means a traditional orphanage, quickly set about making up for lost time.

It is one of the few 'family-based care centres' in Malaysia that are trying to 'deinstitutionalise', a process which involves finding alternative ways to support vulnerable children, such as rehoming them with their original families, or with new families through foster care or adoptions.

Aina (not her real name) was sent to Rumah Solehah, which specialises in caring for children with HIV/AIDS in Kuala Lumpur, after both her parents died from the disease in 1998. Her sick grandmother could not care for her.

An estimated 13,700 children are living in orphanages and institutions in the country, according to government statistics. This number does not take into account those living in unregistered institutions. The number of these institutions may exceed 1,000, potentially housing 50,000 children.

“I hope to learn coffee art in Korea in the future,” says Aina.

Now 20, she found a penchant for drawing and baking while at the care centre, learned pastry making and won prizes in baking competitions as a representative of her college.

Aina is lucky enough to live with her aunt during her breaks from school. Fathiiah says she has never been a troublemaker thanks to her close family relationships.

Deinstitutionalisation requires joint efforts and the government’s attention and experts believe that Malaysia has already made a reasonable start in introducing the process.

However, despite numerous requests, no government official was available for an interview to discuss the country's progress in introducing family-based solutions.

The Women, Family and Community Development Ministry said in an email that it had been working closely since 2014 with Lumos and OrphanCare Foundation, an NGO that advocates for family-based care, to help institutions make that transition.

It said that its deputy minister Hannah Yeoh intended to set up a Children’s Commission to observe and monitor children’s rights, including the implementation of family-based care.

The ministry is consulting the Human Rights Commission of Malaysia (Suhakam), to set up such a commission.

Unregistered institutions are also being scrutinised, with the Social Welfare Department, Lumos and OrphanCare collaborating to collect accurate data.

The department is also working with other government agencies at state and district level for child placements so that authorities can assess and monitor the development of children.

The rest of the institutionalised children

In Malaysia, only four percent of institutionalised children ever return to their families, King’s College London researcher Marc Archer found in a 2013 study of children’s homes in the country.

Children from poor or unstable families, or who have disabilities and special needs often get sent to orphanages.

Archer’s study also found 87 percent of children in care had at least one living parent, while 35 per cent still had both parents.

A total of 86 percent, however, remained in contact with their families.

“It doesn't mean that the caregivers in institutions are not giving love and care. You have 30 children with only three caregivers, no one has time to give individualised care,” OrphanCare project administrator Syarhah Mohd Tahir (photo) explains.

Caregivers bath and feed children. But the children are still not actively responsive due to the lack of appropriate affection and attention from adults –essential for behavioural and social development.

One girl living in an orphanage intentionally failed her exam four times because she did not know where she would end up after she graduated from school, Syarhah recalled.

“When a girl first goes to a restaurant with her peers, she does not even know how to order a meal with the waiter,” she adds.

It is in the children’s best interests, she said, to return to their families to develop social skills and to enable them to deal with different situations.

The process of deinstitutionalisation involves a structural transformation of the social care and child protection system, but the first step is to raise awareness nationally.

“The first thing the institutions will ask is, ‘why do you want to close us?’” says Shahida Musa, the deinstitutionalisation manager at OrphanCare.

Many social workers think that 'deinstitutionalisation' means the immediate closure of institutions and that they will lose their jobs. Some orphanage owners say they fear their 'rescued' children could not survive once they leave institutions.

“Normally, we will write to the institutions at first and see who is open enough to accept this concept. We will invite them to our conference,” Shahida notes.

The process takes time. Only five institutions have expressed willingness to change and are working with OrphanCare.

One of them is Rumah Solehah, which started to house HIV/AIDS children in 2002. It was the first HIV/AIDS institution in the country to transition in 2014 and houses five HIV positive and HIV-affected young people aged between seven and 20.

When receiving an abandoned HIV/AIDS baby, the family-based care centre tries to locate living relatives with the help of the government, or tries to have the children adopted, a difficult task due to the discrimination and misconceptions concerning people affected by HIV/AIDS.

Fadzilah Abdul Hamid (photo), a member of the executive committee of Rumah Solehah, tries to impress on the children that they are no different from ordinary people and reminds them to undergo regular health screenings.

Since Malaysia started providing HIV screening for unborn babies in 1998, the number of babies born with HIV has declined significantly. Better understanding of HIV/AIDS has also decreased the stigma against the disease.

This year, Malaysia eliminated mother-to-child transmission of HIV and syphilis.

Rumah Solehah’s successful transition is a benchmark for Malaysia’s slow but steady progress, with potential for further action.

Last year, 451 children in Malaysia were taken out of institutions. OrphanCare arranged successful adoptions of 25 institutionalised children and 18 were reintegrated with their families. Rumah Solehah rehomed 55 children.

Together with different government departments, OrphanCare last year conducted a pilot project in the state of Negeri Sembilan, south of Kuala Lumpur, on institutionalised children, a big step towards understanding the size and scope of the problem in Malaysia.

The project aims to establish a conclusive number of how many children are orphans, have parents or next-of-kin, and to determine the root cause of why they were sent to institutions.

“It is clear that Malaysia and Negeri Sembilan are not starting from zero. We are already on our way in so many areas,” Lumos research and evaluations manager Lina Gyllensten told the Family-based Care Conference last year, as reported by Free Malaysia Today.

“For instance, you have the personnel, such as therapists, psychologists, social workers and carers. They have the skills needed in the new system of care.”

But no transition can be put in place overnight.

“We still have a long way to go. We should change the way people think and change the facilities and systems that help unite families, instead of separating them,” Shahida emphasises.

Resources and funding should be provided to families, instead of building new institutions. Harsh penalties are also needed to reduce the number of unregistered institutions.

And for at least some of the children emerging from the revamped institution, the future looks considerably brighter.

When Aina is asked about family, a shy but bright smile plays on her face.

“You have a boyfriend, right? Why did you become so shy?” the project coordinator Fathiiah, akin to an elder sister to Aina, teases her.

“If you ask if she wants to form a family in the future, her answer will definitely be, ‘Yes! Yes! Yes!’” Fathiiah laughs.

This story was written as part of “Reporting Vulnerable Children in Care" programme, a journalism skills development programme run by the Thomson Reuters Foundation, in partnership with UBS’ Optimus Foundation.