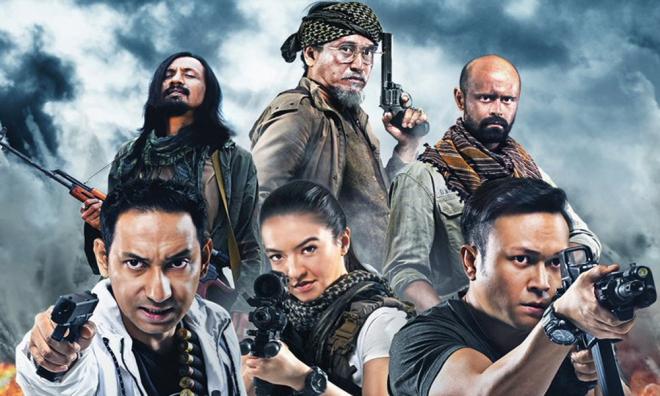 Minister calls for local films to be developed for export

Local creative content should be developed as a competitive, global-standard brand to become an export commodity that can generate economic growth for the country.

He said iconic box-office record films such as Munafik 2, Hantu Kak Limah, Paskal and Polis Evo 2 clearly have had an extraordinary impact on moviegoers, that their ticket collections exceeded those of imported films shown in this country.

"Therefore, we should just not want to be champions in our own court, but be brave enough to develop our own (local content) for export," he said at the launching of the Malaysia Creative Industry Exchange portal in Kuala Lumpur today.

He said according to data from Finas, this year, almost 90 films in various formats and genres penetrated the global market through participatory screenings and nominations, with 37 of these films achieving wins at the international film festivals.

For the local content export market, he noted that the investment was worth RM101.48 million this year compared to RM82.54 million in 2017.

Among the films that received Fimi incentives were the international film, Crazy Rich Asians, besides local films such as Ola Bola, Polis Evo 2 and Mrs K which proved the cinematic tourism impact of promoting the country to the outside market.

On MCIX, Gobind said its establishment was an important manifestation of 'data is king' as fuel for the digital economy and a benchmark for potential achievement in 2019.

"This portal which has various potentials will be expanded to be a platform which can eventually generate its own income from the audience that refers to its website,” he said.

Mooted by Gobind himself, the portal serves as an interactive digital directory and one-stop main data network hub for the country’s creative industry, encompassing registered artistes’ profiles, data of films, talent promotions and marketing, and the industry’s services.

At the event, Gobind also presented 'Spotlight' certificates of appreciation to 10 local films which won awards at the international level.

The films are Redha, Shuttle Life, Adiwiraku, Sughamaai Subbulakshmi, Thottam: The Garden, Interchange, Guang, A House of Happiness, Aqerat and One Two Jaga.