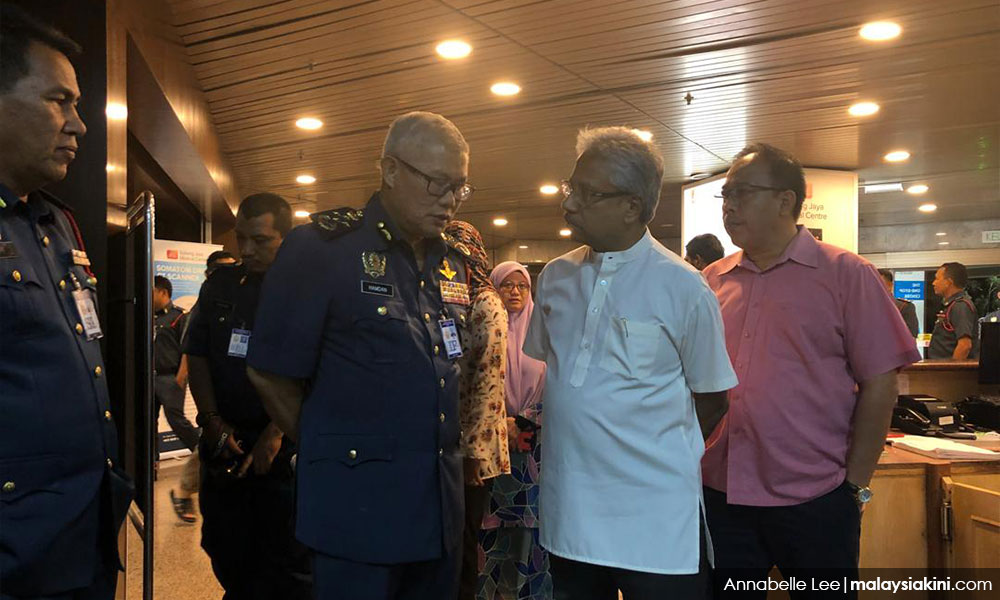 ADUN SPEAKS | Why are there loud calls from both the opposition and some Harapan component parties for the resignation of National Unity Minister and Hindraf leader P Waythamoorthy?

These calls came immediately after the unfortunate death of fireman Muhammad Adib Mohd Kassim, who was seriously hurt in the Seafield estate temple fracas that took place in the wee hours of Nov 26, 2018, in Subang Jaya.

While one PKR leader urged Waythamoorthy to resign for failing to achieve national unity, others from Bersatu, Umno and PAS argued that Waythamoorthy, by issuing statements not in support of the police, might have contributed to the fracas that took place in the temple. They also wanted him to tender his resignation.

Was Waythamoorthy responsible for the events leading to the temple fracas?

What has Waythamoorthy got to do with this and other related temple matters? He was not even at the scene at all, in the first place.

The actual temple fracas that took place was as a result of the thugs sent, allegedly by the landowner, to demolish the temple. It was this attempt that angered the devotees, leading to fights and torching of several cars until the situation was brought under control by the police.

Was Waythamoorthy behind this fracas and did he inflame the delicate situation? The answer is no.

What was Waythamoorthy's role in the temple matter?

Should Waythamoorthy and other Indian leaders resign for making a correct analysis of the situation and for correcting the police?

Did Waythamoorthy – by correcting the police version of events – exacerbate the situation and therefore should he be made to resign? This something far-fetched and totally illogical.

I don’t think he or any anybody inflamed the ground situation and it would be extremely far-fetched and totally absurd to link him to the Adib’s unfortunate death. Wathyamoorthy might not have played an active role in managing the situation because of the involvement of certain groups and parties bent on tarnishing the image of the Harapan government.

The matter developed to an extent where voices of moderation had no role; it was either that one was with temple committee or against it.

Umno and PAS leaders asking Waythamoorthy to resign is a rather cheap shot. For leaders who have lost all dignity and shame for not questioning the 1MDB debacle, asking for the ouster of Indian leaders reflects their tainted characters.

Waythamoorthy, on his part, must pluck up the courage to defend his stand on the temple matter. Don’t expect Mahathir to come to the defence.

seafield
temple
riots
muhammadadibmohdkassim
pwaythamoorthy
Related Reports
Yoursay: Let Adib’s death be a wake-up call for unity, not for politicking
2 years ago
Waytha faces quit calls from within Harapan
2 years ago
Call for Waytha's head to roll grows louder, PAS wants him out as well
2 years ago
Cops to record Waytha's statement today
2 years ago