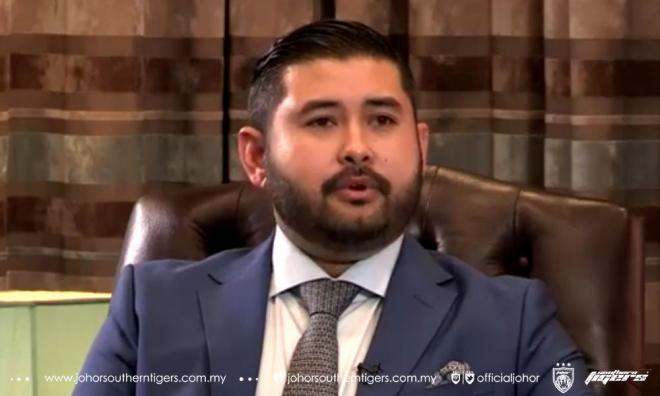 In a tweet, Tunku Ismail said: "First of all, the acting Agong did not say anything. Secondly, why involve the Agong? What are you trying to do? This issue is settled. Thirdly, the prime minister was upset because apparently he was told by a few people around him that the Johor royal family is going to develop the island."

In another tweet, he asked the government to "stop campaigning" as the general election was already over.

"Today you are the government. Stop campaigning. The election is over. Now it's the time to perform and deliver. Don't try to divert attention elsewhere. Trying to use other issues as a deception. Focus on the progress of the nation."

Putrajaya has insisted that Pulau Kukup, a pristine wetland and Ramsar site, must remain as a gazetted national park. This after the previous BN state government approved a move to re-gazette the island in Johor as sultanate land instead.

According to Johor's Sultanate Land Enactment, any property gazetted under it belongs to the sultan.

Johor's Sultan Ibrahim Sultan Iskandar had said that Pulau Kukup will be gazetted as both sultanate land and a national park under the Johor National Parks Corporation Enactment 1989.

Lawyer N Surendran, however, has pointed out that the Johor national parks law states that only state-owned lands can be gazetted as national parks.

As such, he said the only way to re-gazette Pulau Kukup as a national park was for the Johor government to acquire ownership of the land once more.

Tunku Ismail also previously chastised Putrajaya for intervening in the Pulau Kukup issue which he claimed was a state matter.

Pulau Kukup is one of five sites in Malaysia recognised by the Ramsar Convention on Wetlands of International Importance.

It is home to many endangered species such as the flying fox, smooth otter, bearded pig and long-tailed macaque.