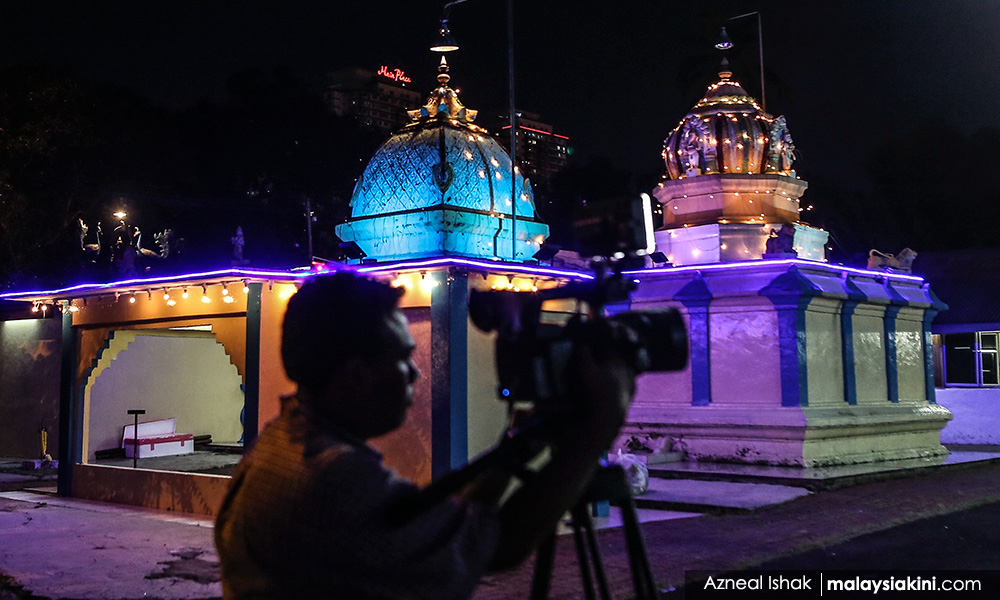 Bersatu's Youth Wing has handed a memorandum to Prime Minister Dr Mahathir Mohamad, urging for the removal of P Waythamoorthy as a minister.

According to Bersatu sources, the memorandum was handed to Mahathir in his office, earlier today. Mahathir is also Bersatu chairperson.

Among the reasons cited in the memo calling for the minister to be sacked was that he, as the minister in charge of unity, had allegedly failed to contain interracial tensions over the Seafield Sri Maha Mariamman temple issue.

The Hindraf chairperson was also cited for having blamed the police for allegedly not handling the temple issue well, and also for failing to apologise over a 10-year-old video of him criticising the alleged discrimination against ethnic minorities, particularly Indian Malaysians.

It is learned that Armada chief, Syed Saddiq Syed Abdul Rahman, who is also the youth and sports minister, was also present at the meeting.

Waythamoorthy is under mounting pressure, both from the opposition and within Harapan, to resign from the cabinet following the death of firefighter Muhammad Adib Mohd Kassim, on Monday night. Adib was severely injured in riots outside the temple in USJ 25, Subang Jaya.

Besides, an online petition calling for his resignation has also garnered over 300,000 signatures.

At the onset of the temple intrusion on Nov 26, Waythamoorthy, had with three other ministers - namely M Kulasegaran, Gobind Singh, and Dr Xavier Jayakumar, had chided the Subang Jaya police for initially claiming that it involved two Indian groups.

The police statement was later amended to state it was a clash between two groups of people.

The lawmakers had also alleged that the police were late to arrive at the scene after the fight erupted.

As for the video, which was Waythamoorthy's interview with a Dutch TV, shortly after the Hindraf rally in Nov 2007, Waythamoorthy has since clarified that it had a very different context.

bersatu
armada
drmahathirmohamad
pwaythamoorthy
Related Reports
Why should Waythamoorthy resign?
2 years ago
Waytha faces quit calls from within Harapan
2 years ago
Call for Waytha's head to roll grows louder, PAS wants him out as well
2 years ago
Seafield temple trustee will be reputable individual - Waytha
2 years ago