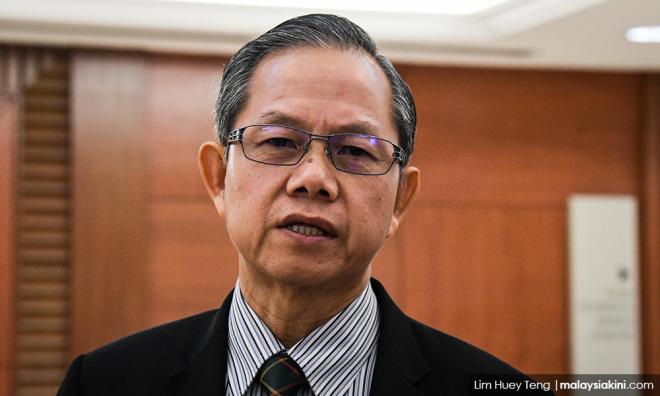 Deputy minister: Wait for Adib's post-mortem report to identify cause

Deputy Health Minister Dr Lee Boon Chye said the people should wait for the post-mortem report for firefighter Muhammad Adib Mohd Kassim, and that an announcement would be made regarding the final decision.

He said this when commenting on the allegation of a lawyer who was reported to have disputed the cause of death for the firefighter.

"We wait for the post-mortem report. Police are carrying out investigation.

"Of course, we have preliminary information that he was thrusted. Wait for the final decision," he said when approached by reporters after officiating the Vision Day programme of Kumpulan Perubatan Johor (KPJ) 2018 in Kuala Lumpur yesterday.

On Tuesday, several portals had reported on the lawyer's Facebook post, which was believed to be referring to the death of the firefighter. However, the lawyer did not state any name in the post.

Adib, 24, who was serving as a member of the Emergency Medical Rescue Services of the Subang Jaya Fire and Rescue Station died at the National Heart Institute (IJN) at 9.41 pm yesterday after he was believed to have been assaulted in the rioting incident at the Sri Maha Mariamman Temple in Subang Jaya on Nov 27.

In another development, commenting on the enforcement of the prevention on smoking at food outlets on Jan 1, Dr Lee said food outlet owners would not be fined if they did not display the no smoking notices and did not provide ashtrays.

"Of course there are many protests (on the enforcement of the no smoking rule). But those supporting the move were also many. Many restaurant operators fear and are afraid of being fined.

"We will not fine them when they (food outlet operators) display the notice on the smoking ban and not providing ashtrays,”he said.