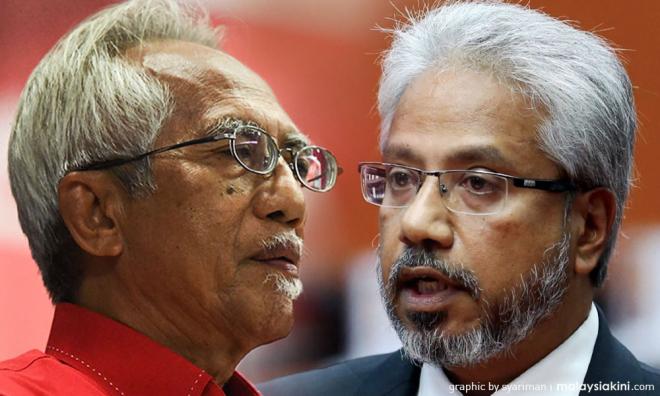 Stop being a burden to PM and quit, Kadir tells Waytha

Veteran newsman A Kadir Jasin has urged Minister in the Prime Minister's Department P Waythamoorthy to relinquish his post.

In a blog posting today, the Bersatu supreme council member said the Hindraf leader should stop being a burden to Prime Minister Dr Mahathir Mohamad.

“I now agree with the general sentiment that Waythamoorthy has lost the qualification and position to continue as a minister, what more a minister in charge of national unity.

“He has become a divisive figure. It would be appropriate for him to withdraw voluntarily instead of burdening the prime minister even though Mahathir said he is satisfied with him,” he added.

According to Kadir, who is also Mahathir's media advisor, Waythamoorthy has squandered the opportunity to serve as a member of the cabinet.

He was part of the Fire and Rescue Department team deployed in response to vehicles being torched by rioters outside the Sri Maha Mariamman temple in Subang Jaya on Nov 27.

According to the police, the 24-year-old firefighter was dragged out of his vehicle and assaulted.

A social media campaign calling for Waythamoorthy to resign has gained almost 300,000 signatures so far.

Previously, Bersatu Youth submitted a memorandum to Mahathir, who is the Bersatu chairperson, requesting for the minister's removal.

Terengganu Amanah Youth, on the other hand, suggested that Waythamoorthy is replaced with former PKR vice-president Nurul Izzah Anwar.

Both Umno and PAS have also demanded his resignation after accusing him of fanning racial sentiments over the temple issue.