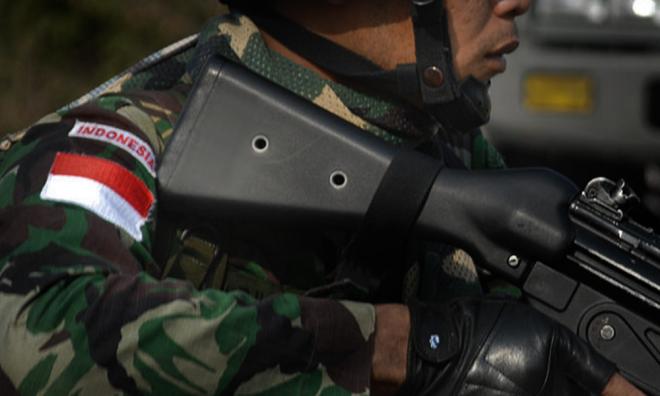 Five Malaysian loggers were kidnapped for ransom earlier this month by a group of men, believed to be Indonesian army personnel, who had encroached into Malaysian territory.

According to a report in the New Straits Times, the Sarawakian loggers were approached by two men in army fatigues on Dec 11 in the Wong Rangkai forest near Kampung Danau Melikin, some 400m from the Serian-Kalimantan border.

The hostages, aged between 15 and 64, were then held at gunpoint before being bundled into the kidnappers' Toyota Hilux and taken across the border to an Indonesian military command post in Sungai Enteli.

They were reportedly roughed up by the soldiers, who also threatened to shoot them if they resisted.

At the military command post, the loggers were then told to strip and had black hoods placed over their heads. They were forced to admit to stealing wood from the Indonesian side of the border.

Citing a police report on the incident, NST said that two of the loggers, who are also brothers, were released later that day to deliver the kidnappers' demands for ransom.

The brothers were told to inform families of the hostages to hand over RM10,000 and two new chainsaws, and also warned them that the three remaining loggers would be executed if authorities were tipped off.

However, the brothers defied the order and went straight to a Malaysian army camp in Balai Ringin.

Following this, a negotiation process was started, which led to the release of the three other hostages the next day.

Putrajaya also reportedly sent a protest note to the Indonesian government condemning the alleged incursion and detention of Malaysian citizens.

"The incident didn't affect our relationship. We are very close and if there's a problem, we can bring it to the negotiating table.

"The two-way communication between the two countries is good in all sectors, especially defence," he told a press conference after officiating at the Perhebat convocation ceremony at the Defence Ministry headquarters in Kuala Lumpur.