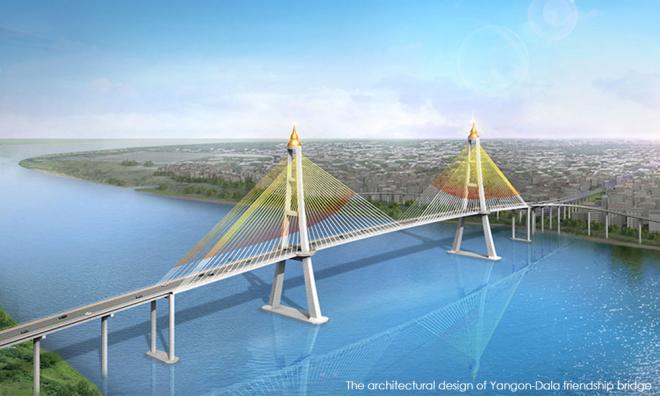 Seoul welcomes start of construction of new bridge in Myanmar

South Korea's presidential office, Cheong Wa Dae, today welcomed the start of construction for a new bridge in Myanmar, saying it will help improve the livelihood of people in the Southeast-Asian nation and relations between the two countries.

Cheong Wa Dae said the US$188 million bridge, once constructed, will cut the time of travel to Yangon from the neighbouring village of Dala to 30 minutes from the current two hours, and also help enhance the safety of people who often risk their lives to cross the Yangon River.

"New Southern Policy Committee Chairman Kim Hyon-chol stressed the bridge will become a new landmark representing the friendship between the two countries that has steadily developed since South Korea and Myanmar established diplomatic ties in 1975 in his congratulatory remarks," it said in a press release.

Kim held a meeting with Suu Kyi after the ceremony to discuss ways to further expand the countries' bilateral cooperation, it added.