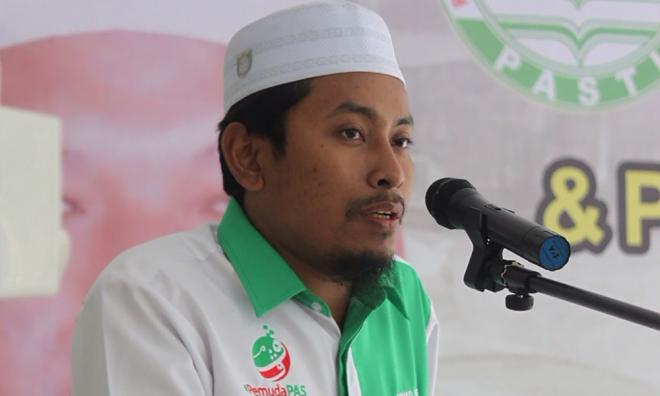 “Amanat Hadi” (Hadi's message) was a speech delivered by PAS president Abdul Hadi Awang in 1985 wherein he described the party's political opponents as kafir and PAS' struggle against them as a jihad and its members would be martyred if they died in the struggle.

There is no parallel "Amanat Kit Siang" but Fadhli made reference to the Setapak declaration made by the DAP in 1967 which declared its opposition to dividing Malaysians along the lines of bumiputera and non-bumiputera citizens.

Fadhli also claimed that Lim had in 1969 declared his ambition for racial equality and that there will not be any difference between the bumiputera and non-bumiputera.

"To date, Lim had not withdrawn or denied the contents of his speech. It can be said that 'Amanat Kit Siang" was born much earlier than 'Amanat Hadi'.

Fadhli also accused Lim of harping on “Amanat Hadi” out of fear towards the PAS president.

Yesterday, Lim had criticised PAS Youth chief Mohamad Khalil Abdul Hadi, who is Hadi's son, for advising Muslims against celebrating Christmas and refraining from wishing Christians "Merry Christmas" if it was unnecessary.

Lim had described this as toxic and likened it to “Amanat Hadi”.

However, Fadhli said Khalil's position was not new and he was merely echoing a religious edict issued by the National Fatwa Council.

Hadi: Unfair to blame me for dividing Muslims through 'Amanat Hadi'
12 Dec 2018
PAS leader: Amanat Hadi relevant when Umno was 'anti-Islam' under Dr M
2 Jan 2018
Amanat Hadi and the Muawiyah of Malaysia
27 Aug 2017
Hadi: Those who listened to 'amanat' in full apologised to me
25 Aug 2017