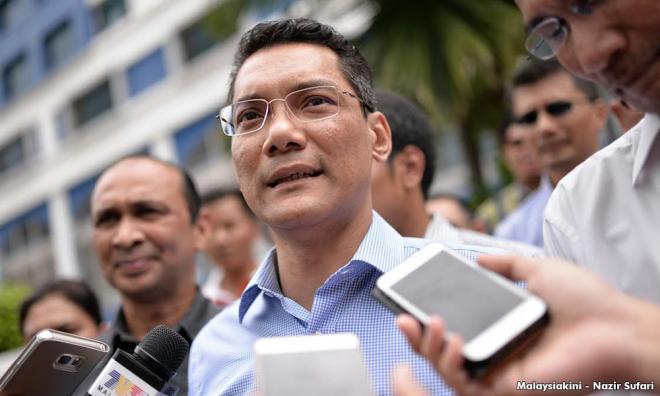 At rally for Adib in Klang, speaker uses the P-word on Waytha

Jaringan Melayu Malaysia president Azwanddin Hamzah today took the stage at a rally in Klang and proceeded to use the P-word on Minister in the Prime Minister's Department P Waythamoorthy.

Some 2,000 people had attended the rally to demand justice for the late fireman Muhammad Adib Mohd Kassim who succumbed to injuries after being attacked by rioters near the Seafield Sri Maha Mariamman temple last month.

"This is our warning, this is not Waythamoorthy, this is P****h-moorthy," said Azwanddin as the crowd cheered him on.

Azwanddin said this was a message that he wanted to convey to Putrajaya and warned that the Malays will rise up if the government did not accede to the demands.

Calling Adib a "warrior", Azwanddin said his death had united Malays and Muslims.

"He is the reason for this rally uniting Malays and Muslims to stand in solidarity.

"Do not try to create nonsense against Malays or Muslims as we will arise and fight back," he declared.

Adib was part of a Fire and Rescue Department team that had tried to put out vehicles that were set ablaze by rioters.

Azwan, in his speech, also accused Primary Industries Minister Teresa Kok of having a hand in the temple riots claiming that she had links to the developer.

He claimed that Kok has not denied the claim, despite the DAP lawmaker having already issued a denial.

"Teresa Kok has to date not dared to make a police report or make a media statement to deny the matter. Today, I demand that police arrest Teresa Kok," he said.

Kok had last month denied rumours on social media that she was linked to the developer.

"Please stop dragging me into the fiasco of the Hindu temple in USJ. I am not related to the developer and I have nothing to do with the project," she said.