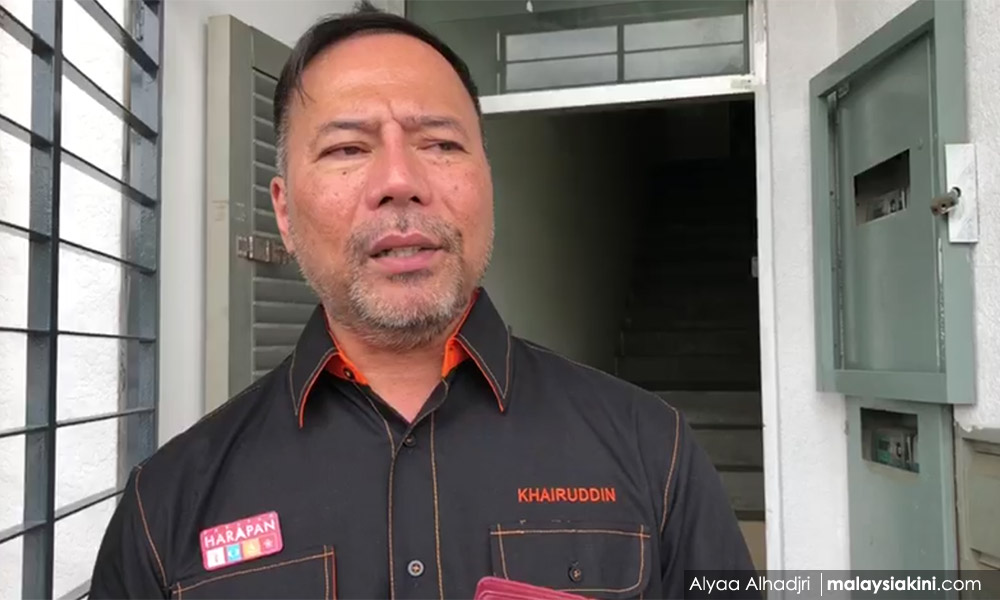 Former Umno leader Khairuddin Abu Hassan has dubbed the findings of Rafizi Ramli-linked Invoke Malaysia's survey on the approval rating of Prime Minister Dr Mahathir Mohamad, as "useless" and meant to serve its own agenda.

This after a study by the International Islamic University of Malaysia (IIUM) showed that Mahathir's rating continues to stand at 62 percent in August and December, as opposed to Rafizi's finding which said there has been a sharp decline in the premier's rating.

On Dec 19, Rafizi said Mahathir's rating had dropped from 72 percent in June, to 53 percent, earlier this month.

This brings into question Invoke's credibility, said Khairuddin - a stalwart of Mahathir, and also the Pakatan Harapan Communication and Mobilisation Bureau committee member, in a statement today.

"The survey done by IIUM was extremely contradictory to the finding of the survey conducted by Rafizi (Invoke).

"In fact, several findings of the survey conducted by Invoke proved to be baseless. What predicted by Rafizi did not happen eventually.

"To me, part of the findings and surveys of Rafizi were 'haprak' (useless) and merely motivated by agendas. But that's his right. Sometimes Rafizi is full of rhetoric," said Khairuddin, an Amanah member.

These explain why there were many defamation suits against Rafizi, which the latter ultimately lost and made to pay compensation, he added.

"Sometimes, I feel the need to get the survey forms from Invoke to see for myself if the findings are genuine," he said.

"Since IIUM's survey contradicts that of Invoke, does that not mean that Invoke's credibility is sometimes questionable?"

Mahathir had dismissed Rafizi's claim of plunging popularity, citing the latter's prediction with regards to the 14th general election. Rafizi had claimed that PAS would not win a single seat, but the Islamist party won 18 parliamentary seats and 90 state seats in the May 9 polls.