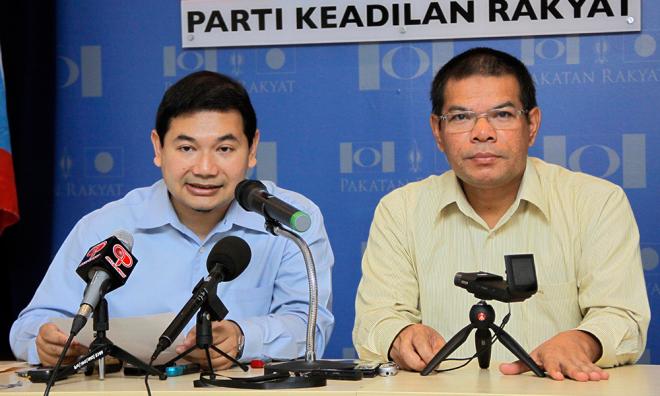 The PKR central leadership council (MPP) today resolved to appoint Rafizi Ramli as one of three co-opted vice-presidents. The other two are Chang Lih Kang and Ali Biju.

During the party's leadership elections that concluded last month, Rafizi lost a bruising battle for the party's deputy presidency which was retained by Mohammed Azmin Ali.

It is understood that Azmin and several other elected MPP members did not attend the MPP meeting today because they were on holiday.

Interestingly, the MPP also co-opted Syed Ibrahim Syed Noh as a member of the MPP. Syed Ibrahim had lost the contest for the Ledang PKR division leadership.

In a statement today, PKR president Anwar Ibrahim said the appointments were a reflection of all ethnic groups “young and old, male and female”.

"It is hoped that they will be able to fulfil the hopes of the rakyat in the era of a 'new Malaysia'," said Anwar.