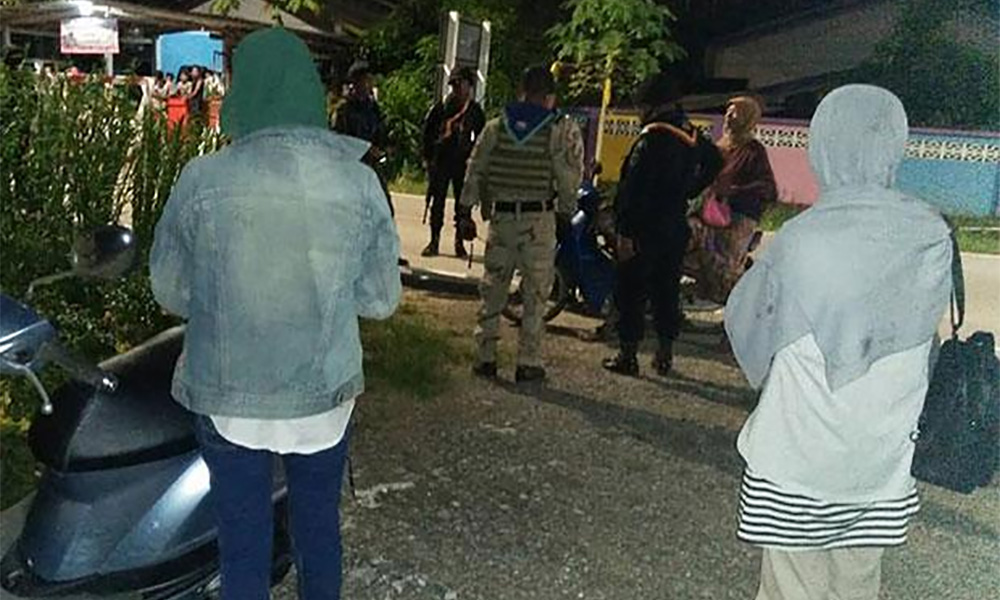 Bomb blasts and shootouts involving armed individuals and members of the security forces were reported in four districts of Narathiwat, Thailand since yesterday.

“We have instructed all police officers in the province to be on alert, especially those on duty at security posts,“ said Narathiwat police chief Dusadee Choosankij today.

One shootout occurred at 6.30pm local time, when a group of armed individuals attacked a security post at Mukim Kalisa in the district of Ranget, which led to a cross-fire involving light weapons and an M79 grenade launcher that lasted for about 10 minutes.

However, the incident did not involve any fatalities on either side.

According to a local police source, the motive of the attack was to seize the weapons used by the security personnel on duty.

The unidentified attackers also cut down trees leading to the security post to prevent help from reaching the site.

Meanwhile, in the district of Chana, four bombs, which were targeted at electric poles, exploded.

Bomb explosions were also reported in the districts of Sisakorn and Takbai, but did not involve any casualties.

However, in another bomb attack in Kampong Sako, four road users were reported to be injured.

Thai security forces also found 18 home-made bombs in three districts in Narathiwat, which were diffused by the bomb disposal unit.