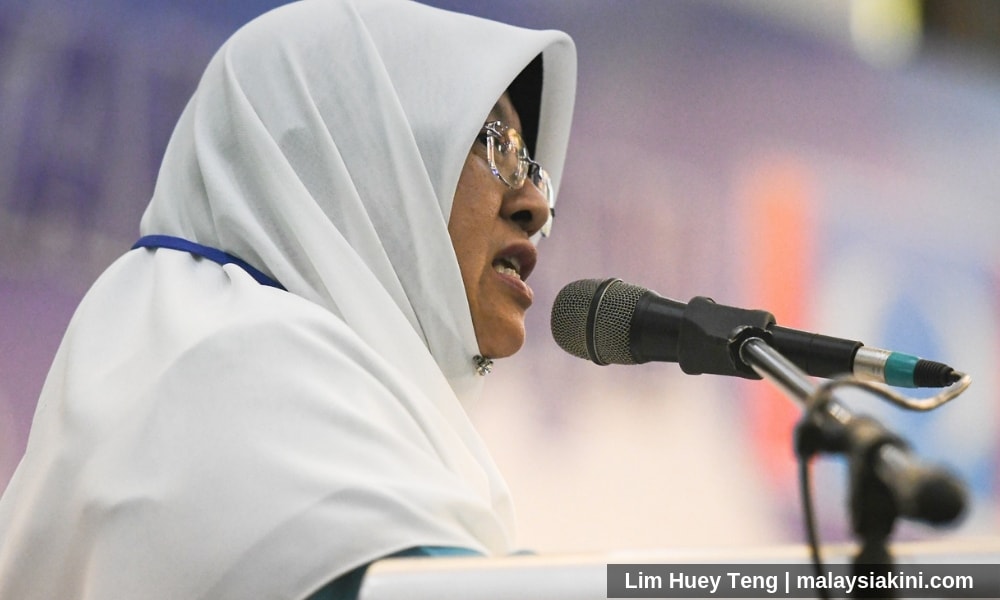 "What the deputy president said is true. The 'fair and just representation' he seeks also includes a minimum representation of 30 percent women among the appointees," she said in a statement today.

Of the 14 co-opted into the party leadership yesterday, only one - Raiyan Abdul Rahim - was a woman.

In view of this, Haniza urged party president Anwar Ibrahim to not show any bias and accept criticisms from PKR members positively in the spirit of democracy.

The new appointees were chosen by Anwar yesterday after chairing a meeting of the PKR central leadership council (MPP).

Notable appointments include Rafizi Ramli as vice-president and Saifuddin Nasution Ismail as secretary-general.

Earlier today, Azmin urged Anwar to review the appointments, saying that these did not reflect "fair and just representation".

He singled out Saifuddin's appointment as secretary-general as contentious.

"The secretary-general's post should be helmed by a professional who has skills in management and administration.

"That person must carry out his or her task through party consensus and not consider the interest of any individuals.

"The same goes for the central leadership council appointments, which should be made based on merit, and not as a form of reward for (campaigning during the) council (election)," he said.

In response, Anwar said he had tried to be inclusive when appointing the new office bearers, adding that Azmin was getting personal because of a few appointments.

Anwar also wrote a tweet apparently aimed at Azmin, accusing him of politicking.

Anwar: I was inclusive while Azmin is getting personal