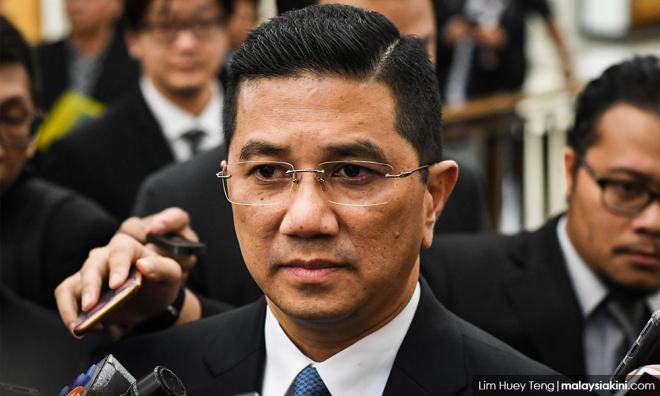 Azmin: After historic 2018, gov't to focus on growth next year

The Pakatan Harapan government will prioritise Malaysia’s economic growth in 2019 to spur the country forward and achieve prosperity for all, according to Economic Affairs Minister Mohamed Azmin Ali.

In a New Year’s message, Azmin said this move would entail many challenges, which will in turn demand hard work, commitment and sacrifices to build a basis of success.

“(This is) to make Malaysia once again an Asian tiger, a regional economic miracle, that holds fast to the principles of democracy, justice, unity and trust which would be legacy of the future generations."

Azmin said during the first six months of New Malaysia under the leadership of Prime Minister Dr Mahathir Mohamad, the country underwent a process of directional change and new priorities that could spur the country’s economy forward.

He added that in the first 100 days, the government had also implemented almost all the institutional reforms promised.

Looking back at the year, Azmin said 2018 was very historic, with the people’s desire to be free of corruption realised via the victory for Harapan on May 9.

“This is the climax of the struggle over the past decade to defeat injustice that had robbed the future of our grandchildren.

“It was also a brave move by the people of Malaysia to determine the future of the country by taking matters into their own hands, and no longer leaving it to the political elite.

"They stepped up to rebuild the country, which had had its real potential suppressed,” he added.