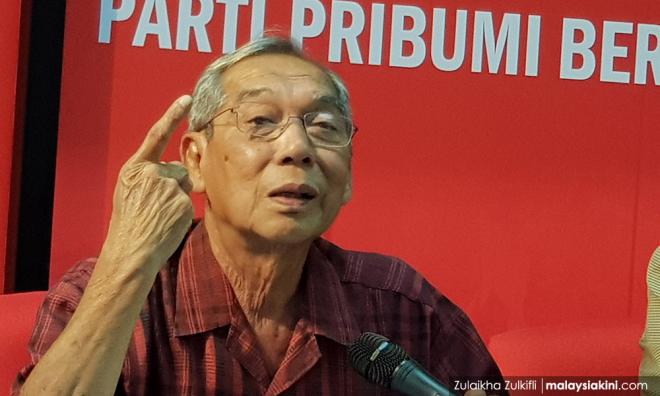 Bersih has expressed its shock over Bersatu vice-president Abdul Rashid Abdul Rahman's call for the party to use government resources so that it can hold on to power "by hook or by crook".

"It makes one wonder if the Pakatan Harapan government in general, and Bersatu specifically, is committed to electoral and institutional reform.

"Have Rashid and the cheering delegates forgotten so quickly why Malaysians rejected the previous Umno-BN government just seven months ago?"

At the Bersatu annual general assembly yesterday, Rashid – who heads the government's election reform committee – termed pushbacks against delegates' demands to be given government contracts and positions "stupid".

"That opinion, to me, is stupid. In the election, we must win by hook or by crook," he said before receiving a standing ovation from the assembled delegates.

'Get to the root of corruption'

In its statement, Bersih urged Prime Minister and Bersatu chairperson Dr Mahathir Mohamad to deal with the root of corruption in the political establishment by hastening several legislative reforms.

Among others, Bersih said the government should enact an Administrative Neutrality Act to deal with political patronage, as well as the abuse of government resources or public power for partisan purposes.

"Those who commit the crime should face criminal prosecution, while those who fail to justify their acts may be subject to administrative penalties, such as termination of service, demotion or transfer.

"The prime minister has to stop this culture and mentality of turning government into party’s feast, lest Harapan becomes the very image of the old government it deposed," the group stressed.

Bersih also called on the government to enact a Political Financing Control Act, as stated under Promise 18 in Harapan's election manifesto.

"The bill should act as a measure against the appropriation and misuse of funds belonging to the government by political parties, as in the 1MDB scandal," it added.

Aside from enacting new laws, Bersih said the government should empower the MACC and the Election Commission to better carry out their duties to combat corruption and electoral fraud.

Rashid's comments yesterday came shortly after Bersatu Youth chief Syed Saddiq Abdul Rahman spoke out against demands for government contracts and positions, warning that these could be graft offences.