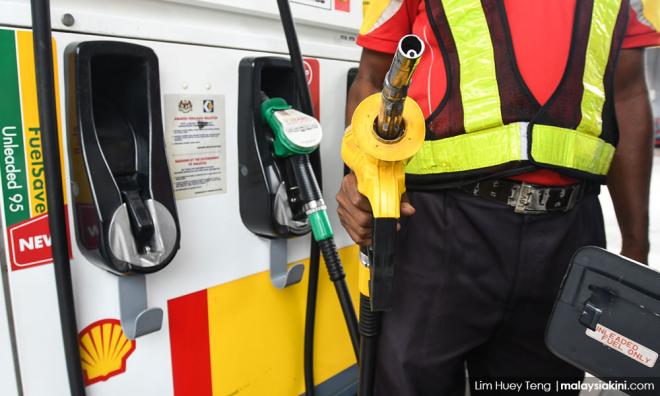 Finance Minister Lim Guan Eng today said that the reintroduction of the weekly float for fuel prices has been delayed until the end of the week.

The float will see a reduction in local fuel prices due to falling global crude oil prices.

Lim said the delay was due to concerns raised by the Petroleum Dealers Association of Malaysia (PDAM) which need to be discussed when the cabinet convenes on Jan 2.

"The new price of petroleum products will be decided by the end of the first week of January 2019," Lim said in a statement today.

Lim said the delay was to take into consideration the requests that have been made by PDAM.

"The government needs to study the requests made by PDAM which opposes the weekly pricing system for retail petroleum products.

"PDAM had also asked for a revision to the profit margin for petrol dealers under the automatic pricing mechanism which is used to determine the retail price of fuel products.

"In relation to this, consideration and agreement will be sought during the cabinet meeting which will be chaired by Prime Minister Dr Mahathir Mohamad on Wednesday to ensure the optimum retail price," he said.

The weekly price system was supposed to have been reintroduced on Jan 1.

Lim said the government was committed to reducing fuel prices at a time while global crude prices have fallen.

He reiterated that the government's position to cap retail fuel prices at RM2.20 per litre in the event global crude oil prices rebound and skyrocket.

Lim said this system will remain in place until the new targeted subsidy policy is implemented in the middle of 2019.

The Pakatan Harapan administration had maintained the price of RON95 at RM2.20 per litre since assuming federal power in May.

The last time the price of RON95 was changed was on March 22 under the weekly-managed float system utilised by the BN administration.

The system had been in place since December 2014 following the withdrawal of government subsidies.

Under BN's pricing system under BN, there was no cap on retail prices but they were frozen in the weeks leading up to the 14th general election.