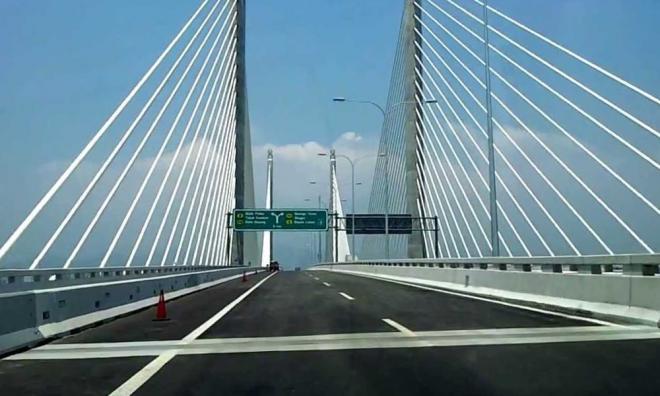 The abolishing of toll collection for motorcycles at the Malaysia-Singapore Second Link (Linkedua) Expressway’s Tanjung Kupang Toll Plaza near Gelang Patah, Johor, from midnight of Jan 1, provides long-term benefits to 50,000 residents around Johor Bahru who use the route daily.

Deputy Works Minister Mohd Anuar Mohd Tahir said doing away with the toll was indeed good news especially for those who commuted to work from Malaysia to Singapore thus becoming a "new year" gift that was significant in reducing the cost of living.

"They will also have a cost savings of between RM24.20 and RM66 a month based on the average working days of 22 days or 30 days a month," he said in his speech at a ceremony on the abolition of the toll collection, at the toll plaza last night.

Anuar said the abolition of toll for motorcycle was announced during the tabling of the 2019 Budget on Nov 2 in line with the government's commitment to reduce the cost of living of the people.

Before the move, motorcyclists had to pay a toll of RM1.10 at the Tanjung Kupang Toll Plaza.

Meanwhile, in Butterworth, motorcyclists in Penang now enjoy a toll-free ride on both the Penang Bridge and the Sultan Abdul Halim Mu'adzam Shah Bridge.

The abolition of the tolls for motorcyclists on Penang’s first and second bridges effective Jan 1, 2019, was announced by Finance Minister Lim Guan Eng when tabling the Budget 2019 at the Dewan Rakyat on Nov 2.

A private sector worker Mohd Yazid Yusof, 28, said the abolition of the tolls would definitely reduce the financial burden of motorcyclists who travelled between the island and the mainland.

“I live in Sungai Dua (George Town), but work in Perai in the mainland. So I have been travelling back and forth between the island and the mainland for four years. Of course, the toll abolition is a great news for all Penangites,” he told Bernama at the Penang Bridge last night.

“It is indeed a great new year’s gift for all people in Penang, motorcyclists in particular, who have to use the bridges to go to work on daily basis,” he said.