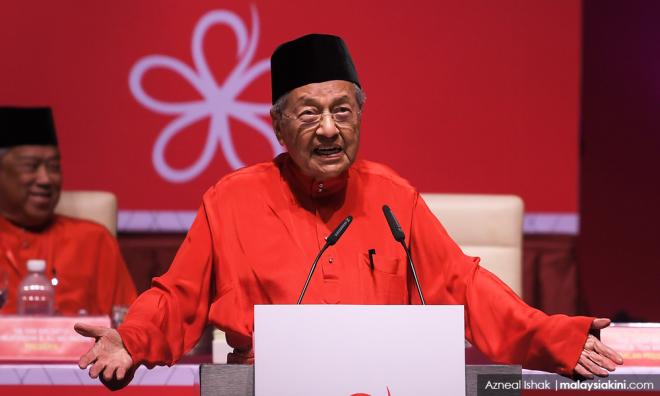 Mahathir: Abdul Rashid's opinion on crony contracts his own

Mahathir, who is Bersatu chairperson, said that the statement made by Rashid at the party's general assembly last weekend was merely the latter's personal views, The Star reported.

“It was not a party decision, he gave his opinion, and we are not keeping to it. We do not want to do what (former premier) Najib (Abdul Razak) did, giving (projects) to friends.

“We will consider all projects according to tenders, whoever is capable can submit their tenders and if they can provide the best, then we will award them (the contract),” Mahathir was quoted saying last night.

Rashid, who is the former Election Commission chief, had on Saturday described the resistance to demands by Bersatu delegates for government contract and positions as "stupid".

Instead, he said this was needed to help defend the party's position as one of the governing parties and that Bersatu must win "by hook or by crook."

Malaysiakini also reported yesterday that Rashid's controversial comments would be discussed at this week's cabinet meeting.