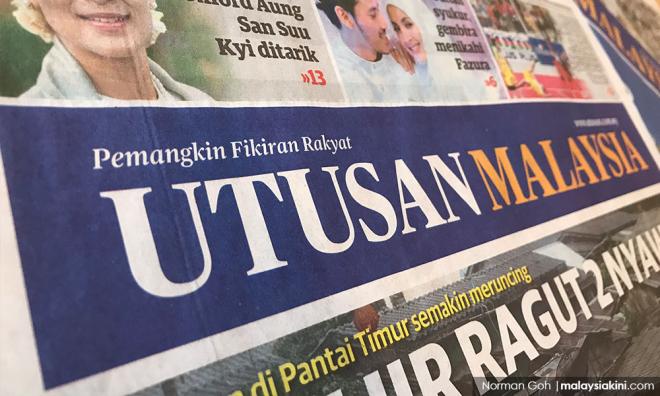 'Utusan journos must not be made scapegoats of Umno's kleptocracy'

"The Umno supreme council must take responsibility and clear up the financial mess in Utusan, and not make the journalists scapegoats of Umno kleptocracy and incompetence," he said in a statement today.

His resignation was announced to Bursa Malaysia on Dec 13.

Last week, the company also defaulted on its first payment to around 700 staff who had opted for a voluntary separation scheme.

"Nobody knows whether Aziz’s return to Utusan would turn the newspaper around, but I fully agree with the National Union of Journalists secretary Basir Abu Bakar, who is also an Utusan reporter, that whoever helms the company must be committed to saving Utusan.

"I will go one step further and state that the Umno supreme council must not be allowed to run away from its responsibility to the Utusan journalists," he said.

In recent years, Utusan suffered from declining circulation, but was artificially propped up through advertisement by GLCs.

However, this ended after BN and Umno were defeated in the May 9 general election.