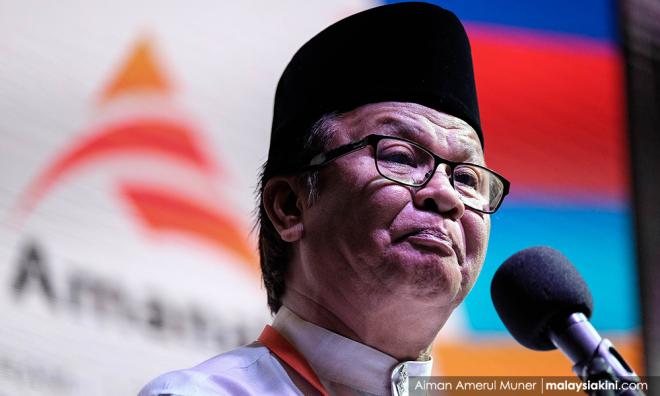 Amanah secretary-general Mohd Anuar Mohd Tahir said he is worried that the public talk about the transition of prime ministers could strain the ties between Pakatan Harapan partners.

"Such polemics should not be allowed to perpetuate openly as it risks affecting the unity in Pakatan Harapan and distracting its leaders in the government from the goal of rebuilding the country.

"The concern is that the Harapan components may be in conflict with each other over the issue," he said.

Therefore, Anuar urged for the matter to be left to Prime Minister Dr Mahathir Mohamad and PKR president Anwar Ibrahim.

"Apart from supporting Anwar's call to give space to Mahathir to lead, Amanah also calls on Harapan leaders at all levels to stop raising the matter.

"If there is a need to raise critical issues, Harapan has internal channels to deal with them," he said.

Last Sunday, the Bersatu annual general assembly approved a motion for Mahathir to stay on as prime minister for a full term.

However, Mahathir had said he will fulfil his promise to be an interim prime minister and hand over power to Anwar.