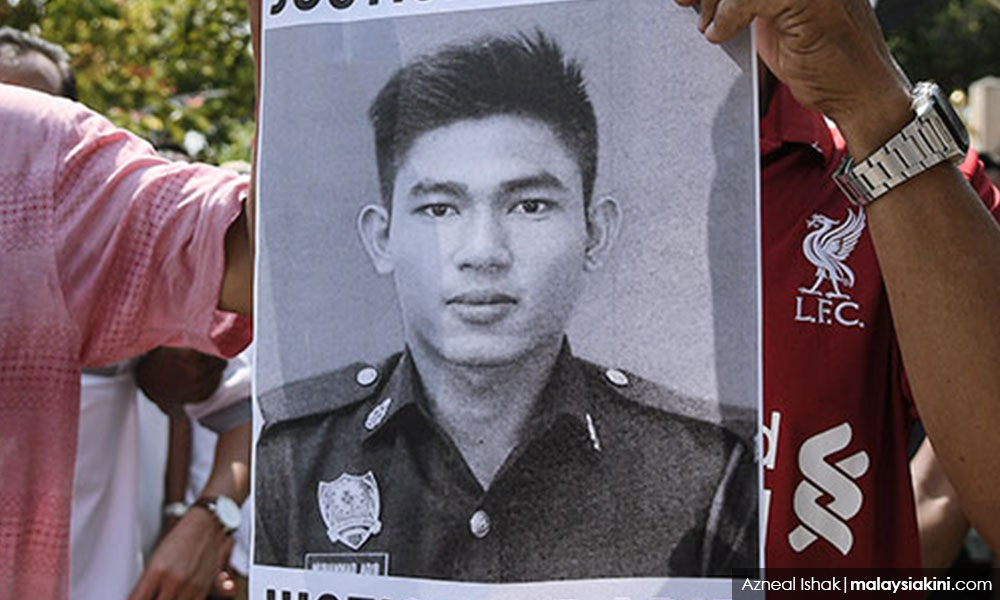 Firefighter's death: Police reports to be filed against PM, AG

In an Instagram posting, he said the reports pertaining to the death of Fire and Rescue Department personnel Muhammad Adib Mohd Kassim would be filed with the Dang Wangi district police headquarters in Kuala Lumpur at 9pm tonight.

Lokman and his supporters will gather at the nearby Sogo shopping complex before marching to the police headquarters.

The posting said the prime minister and AG are “suspected of shielding Adib's killers”.

Last week, the Attorney-General's Chambers ordered an inquest to determine the cause of the firefighter's death.

The case management on the inquest has been fixed for Jan 18.

The inquest proceeding would be held at the Coroner's Court that will sit at the Shah Alam Court Complex.

Home Minister Muhyiddin Yassin said the magistrate conducting the inquest would have wide powers under Section 328 of the Criminal Procedure Code to determine the cause of death.

Adib died on Dec 17 after succumbing to injuries sustained when he was on duty during the riot outside the Sri Maha Mariamman Temple in Subang Jaya on Nov 27.

The authorities claimed that he was dragged out of his vehicle and assaulted. They also dismissed a claim that Adib was injured when a Fire and Rescue Department vehicle backed into him.

muhammadadibmohdkassim
lokmanadam
Related Reports
IGP: Cops yet to receive results of Adib's postmortem
2 years ago
The ugly propagandisation of Adib's death
2 years ago
Adib's death – coroner's inquest a step towards justice
2 years ago
Umno: Inquest only delays justice for Adib
2 years ago