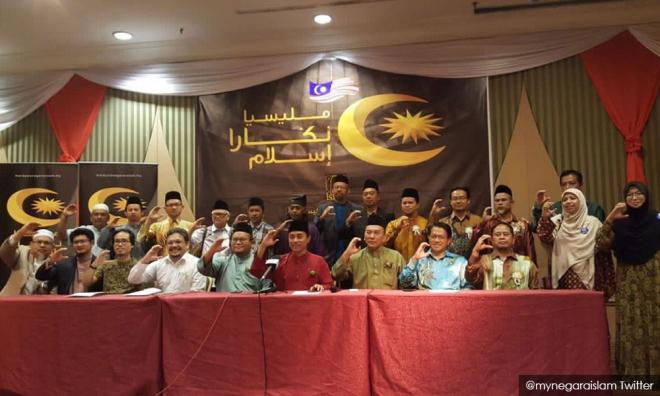 Malay-Muslim NGO Ikatan Muslimin Malaysia has challenged critics from G25 and veterans group Patriot to a debate on their call for Malaysia to be recognised as an Islamic state.

According to Isma's official website, its president, Aminuddin Yahya had issued the challenge last night in response to public statements made by the two groups on the recently launched Malaysia Negara Islam campaign.

"I refer to media reports on objections by G25 and Patriot to the Malaysia Negara Islam campaign which was recently launched and subjected to various allegations.

"On this ground, I challenge G25 and Patriot to a debate on the topic of Malaysia Negara Islam.

"We will debate in the context of the constitution, history and Islamic laws," said Aminuddin who gave the two groups one week to respond.

Patriot president Mohamed Arshad Raji yesterday pledged the group's support for G25's statement earlier this week, that the Federal Constitution should remain as the country's founding fathers had intended it to be.

Arshad said Patriot believes that any suggestion to amend the constitution should be for making it more democratic and not more autocratic.

"Patriot is with G25 in stating that we will not support amendments that will change us from a democracy to an authoritarian regime or to a theocracy," he said.

Isma's Malaysia Negara Islam online petition campaign was reportedly launched last Dec 27 with the aim to collect one million signatures within five months to be presented to the Yang di-Pertuan Agong.