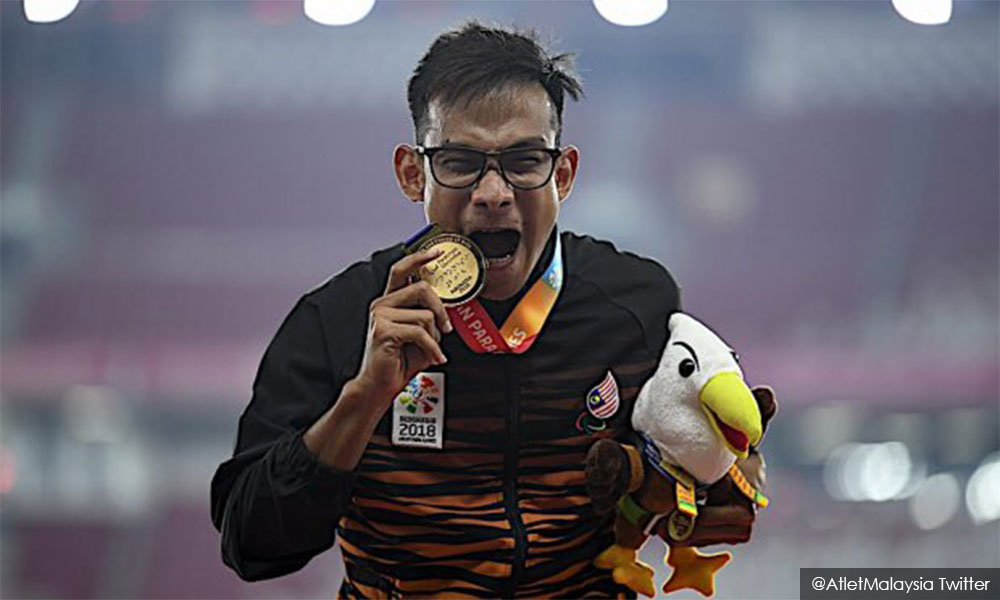 National athlete Mohamad Ridzuan Puzi has earned the honour of being the first Malaysian to be named Best Asian Male Para Athlete 2018 for his record-breaking feats in the sprint and long jump categories last year.

The Star reported that the 31-year-old gold medalist will be receiving his award during a ceremony in Dubai, United Arab Emirates, tomorrow.

"I never expected to win the award as there were a few other athletes who have also done well in the Asian Para Games.

"It’s an honour as I’m the first Malaysian to win this award," said Ridzuan who previously won gold in the blue riband event in the World Para Championships in Doha in 2015.

Ridzuan's personal best of 11.87 in the 100m T36 (cerebral palsy) category had earned him a gold medal and erased the previous world record of 11.90 set by Russia’s Evgenii Shvetcov at the 2013 World Championships in Lyon.

In the long jump event, Ridzuan scored another personal best of 5.49m and broke the previous Asian Games record of 5.45m set by Yang Yi Fei in 2016.

He also won gold in the 400m sprint event.

"I wouldn’t have done it without the guidance of coach Jaganathan.

"It will spur me to do much better in the World Para Athletics Championships in Doha in November," Ridzuan is quoted saying by The Star.

Jaganathan, who has served as Ridzuan's coach since 2009, reportedly said he was proud of the Kuala Lumpur-born athlete's achievements.

He said: “Ridzuan is a role model to the other Malaysian para-athletes – they should emulate him and believe in their own abilities."

Ridzuan is also reportedly set to compete in the World Para Athlete Grand Prix in Grosseto, Italy, from June 8-9 and in Paris, France, from Aug 28-29 this year.