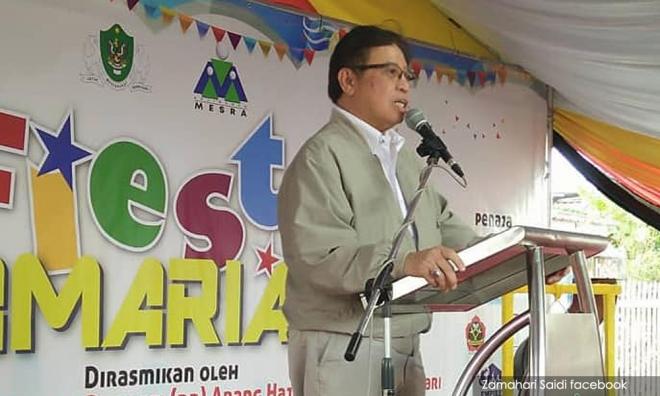 Abang Johari, who chairs the coalition, said it was also the approach adopted by the coalition of Sarawak-based political parties after they decided to quit BN and form GPS after the 14th general election.

For example, he said the state government was prepared to develop a 809ha agropolitan area near Sri Aman upon request from the federal government, so as to assist in food and raw materials production.

“The Pakatan Harapan-led federal government has written a letter to me through (special adviser to the prime minister) Daim Zainuddin regarding the matter and I said, 'we are willing to do so'.

“That means there is mutual understanding between the federal and the state governments... we are on friendly terms and are willing to collaborate for the sake of the people, even though we represent different parties,” he said at the launch of the Samariang Fiesta at Kampung Lintang in Kuching today.

Abang Johari stated that the GPS is a coalition that could protect the rights of Sarawak according to the parameters enshrined in the Federal Constitution, but the cooperation with the federal government was also important.

Meanwhile, the chief minister also gave assurance that development in Samariang, including Kampung Lintang, would be implemented based on feedback from the local communities.

“With the change of time, our approach to connect with the people changed too, as people are acquiring more skills and expertise,” he said.