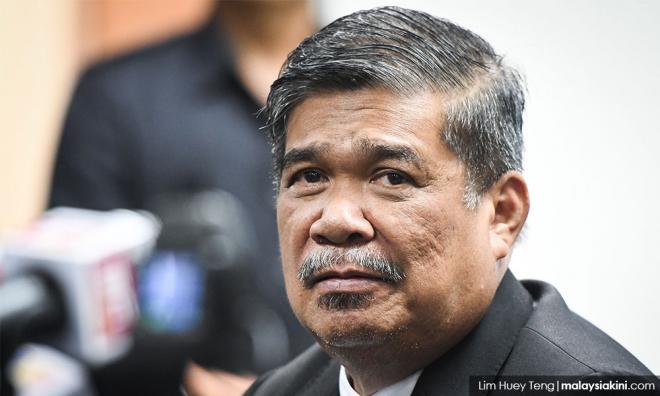 Mat Sabu: My son is subject to the law, let authorities take action

Defence Minister Mohamad Sabu has confirmed that his son was arrested by police today.

"Following this arrest, my family and I leave this matter completely to the authorities to take action based on the law.

Earlier, it was reported that Mohamad's son had been detained by police after testing positive for marijuana.

The 31-year-old has since been released on police bail.

Sinar Harian had reported that Mohamad's son was arrested by Dang Wangi police in a raid on entertainment outlets on Jalan Ampang at 12.30am.

A total of 101 individuals were reportedly tested for drugs during the raid, with two, including the minister's son, testing positive.

Meanwhile, Free Malaysia Today quoted Mohamad as saying that the arrest was a difficult moment for him, and that his wife was heartbroken.

"As a father, I want to know the truth... If he really is guilty, then I will adhere to the law.

"We live by the law. My suffering is secondary," he said.

The case is being investigated under Section 15(1)(a) of the Dangerous Drugs Act 1952 for the consumption of drugs.

The provision carries a fine of up to RM5,000 or two years' jail upon conviction.