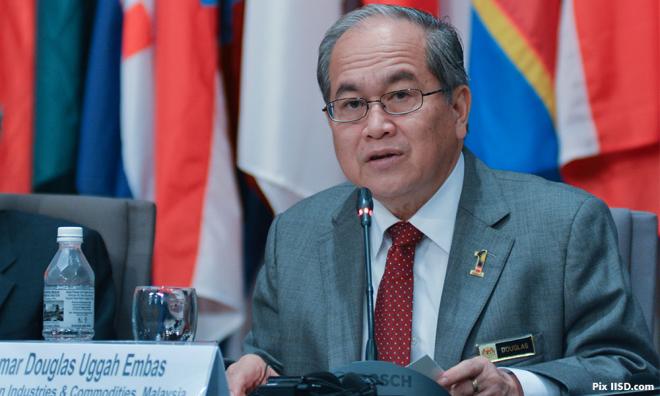 The Chinese in Sarawak, together with other communities, have been asked to remain loyal and supportive of the Gabungan Parti Sarawak (GPS)-led state government.

“(Chief Minister) Abang Johari Openg believes that Sarawak must be governed by local political parties and local leaders who best understand the state.

“We also want to protect the state's rights as enshrined in the Malaysia Agreement 1963 with regard to its oil and gas and territorial waters, immigration power and so forth,” he said when officiating a Sarawak Federation of Chung Hua Associations event in Betong last night.

Uggah, who is also the state minister for modernisation of agriculture, native land and regional development, praised the Chinese community for its contributions to society, besides helping to unite the people.

“You have been doing many community projects and one of the most praiseworthy is the formation of the voluntary firefighting squad.

“The squad has helped to put out a number of fires in Betong,” he said.

At the event, Uggah, who oversees the state unit for other religions, also announced a government grant of RM500,000 for the Betong new Chinese Temple Fund.

He also allocated a grant of RM30,000 to the Betong Chung Hua Association and later witnessed the installation ceremony of the new office-bearers of the federation.

Layar assemblyperson Gerald Rentap, who spoke at the function, announced a grant totalling RM60,000 to various Chinese organisations in Betong.