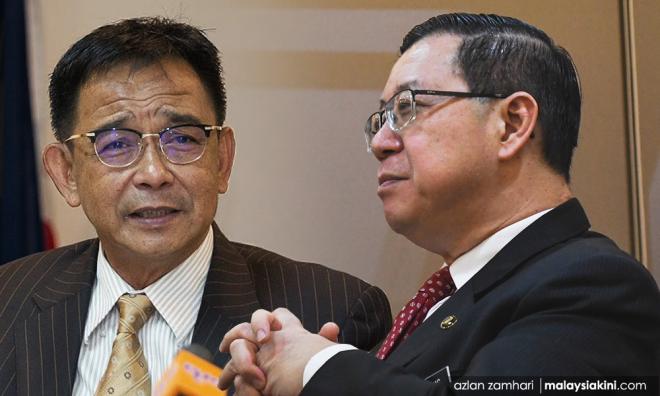 Finance Minister Lim Guan Eng has taken aim at a Sarawak minister for claiming the federal government neglected to pay the state its share of 2018 tourism tax revenue, despite purportedly owing the former over RM2.5 billion.

"It would be wise for the Sarawak government to not make slanderous statements concerning the RM2.7 million in tourism tax disbursement considering, as at Nov 30, 2018, the state government still owes the federal government over RM2.5 billion, with arrears close to RM50 million.

"Considering Sarawak has such huge reserves, why can't it settle its debt with the federal government?" he said in a statement today.

Karim (photo) also said that Sarawak is owed a further RM439,731 for collection between September and December 2017.

He also alleged that Sabah had received its share of the tourism tax revenue, which he said he was informed of after meeting with Sabah tourism, culture and environment minister Christina Liew.

Lim denied that the Pakatan Harapan government was prioritising any particular state at the expense of Sarawak, and clarified that payments have not been made to any state.

The finance minister further accused Karim of making the allegation to incite the anger of Sarawakians.

"The accusations by Karim are untrue. A Sarawak minister should not have to rely on such slander just to find the space to criticise the federal government.

"The Finance Ministry would like to stress that no other state, including Sabah, has received the tourism (tax) distribution, as claimed by Karim."

Lim stated that his ministry is still in the midst of finalising the accounts for the 2018 tourism tax revenue, and that 50 percent of this will be distributed back to the states as promised in the Budget 2019 speech.

He also took Karim to task for allegedly saying that tax distribution amount was the "right" of the state government, and must therefore be paid by Putrajaya.

"Tourism tax, by law, is federal government revenue and (the issue of) the rights of any state government to receive it does not arise.

"Even so, the Harapan government announced in the Budget 2019 speech to share 50 percent of tourism tax revenue collection received from the state beginning in 2019.