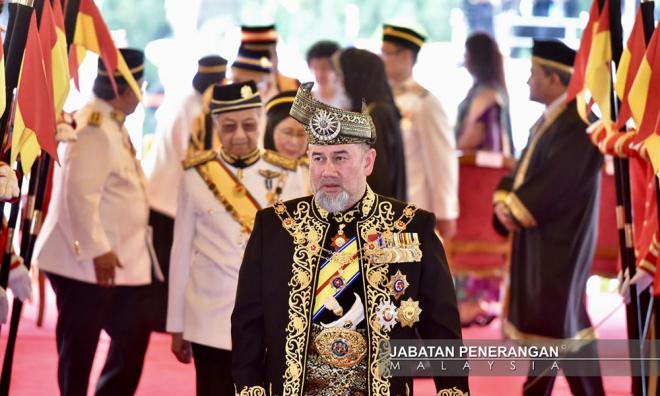 Sadness, shock over the resignation of the Agong

Leaders and most netizens on social media expressed shock and sadness last night over the resignation of Sultan Muhammad V as the 15th Yang di-Pertuan Agong.

The news of his resignation, which became known late yesterday evening, received a myriad of reactions, expression of affection and the highest appreciation for the service of Sultan Muhammad V during his reign as the Yang di-Pertuan Agong.

Former prime minister Najib Abdul Razak in a brief posting on his Facebook paid tribute to and gave the highest appreciation to Sultan Muhammad V on his service as the 15th Yang di-Pertuan Agong.

"We Malaysians pray for his health and that he is protected by Allah. Long live the King! " Najib said.

“May Malaysia no longer continue having political detainees,” Nurul Izzah said on Twitter.

Following the Yang di-Pertuan Agong’s resignation, netizens have been asking who his successor will be.

Among the comments posted by netizens were one by Syamil Hmd, who said: “Sad Tuanku. But whatever it is, my King sits on the throne to protect the people. Allahuakhbar, Daulat Tuanku.”

Another netizen, Shahril Aziz, looked back at Sultan Muhammad V’s famous quote which went viral, saying: “Remember Tuanku’s joke at the opening of the Parliament sitting… the hot phrase at that time was ‘sit down, don't run’ if you still remember.”