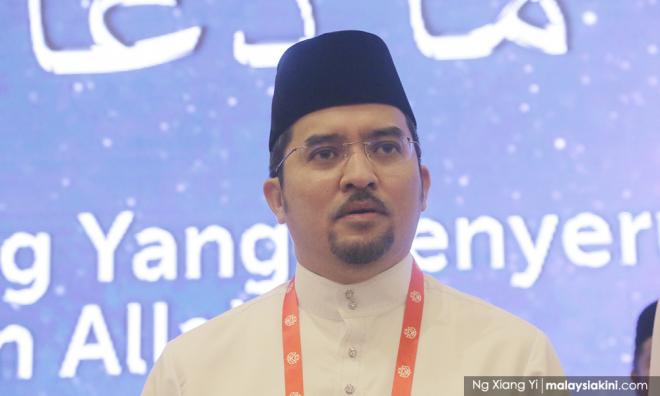 Umno Youth: Cops must act on man who insulted ruler on FB

Umno Youth has urged the police to take action against a man who posted a Facebook comment, which the wing claimed insulted Kelantan ruler Sultan Muhammad V.

The comment was made in relation to a news report yesterday on Sultan Muhammad V resigning as the Yang di-Pertuan Agong.

According to Umno Youth chief Asyraf Wajdi Dususki, the comment, which linked the ruler's resignation to sex, was an “extreme form of insult and slander”.

“If this happened in other countries, including Thailand, the person would have faced serious legal action,” he added in a Facebook posting today.

Asyraf also urged all quarters to file police reports on the posting.

Following brickbats, the man, who works as a business development manager, retracted his comment and apologised.

“I made a rude comment about our ex-Agong which was in bad taste. I had retracted the statement and apologised on the group where I made the comment but it has gone viral.

“I am truly sorry I made the comment and it was in bad taste. I hope those angered by it can forgive me,” he added.

Meanwhile, his employer also posted on Facebook that the matter is being investigated.

Sadness, shock over the resignation of the Agong
6 Jan 2019
K'tan MB: Our sultan was never really interested in becoming Agong
6 Jan 2019
Wan Azizah sad Agong who pardoned her husband resigned
6 Jan 2019
Who's next in line as Yang di-Pertuan Agong?
6 Jan 2019