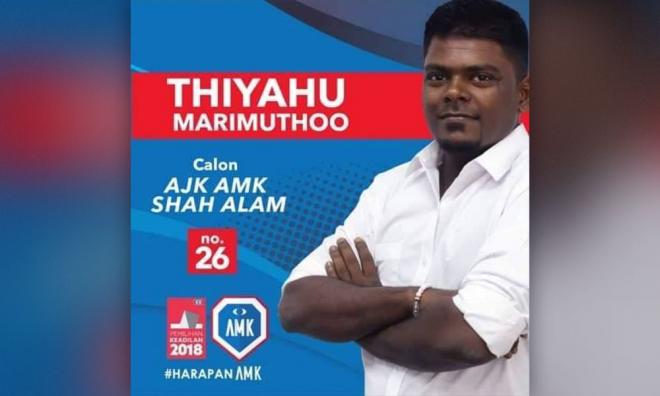 A former PKR Youth candidate died after being slashed by a group of men in Section 7, Shah Alam, yesterday.

Witnesses told the police that at least three suspects had arrived at the scene in a silver-coloured Proton Waja, before attacking the victim, a factory operator.

Meanwhile, the Malay Mail reports that police have arrested four people, including a woman, to assist investigation into the murder.

The daily quoted Selangor CID chief SAC Fadzil Ahmat saying that the suspects, aged between 20 and 25, were picked up around Shah Alam and Klang last night, and were remanded for a week, starting today, to assist investigation.

The motive for the attack is yet to be ascertained.