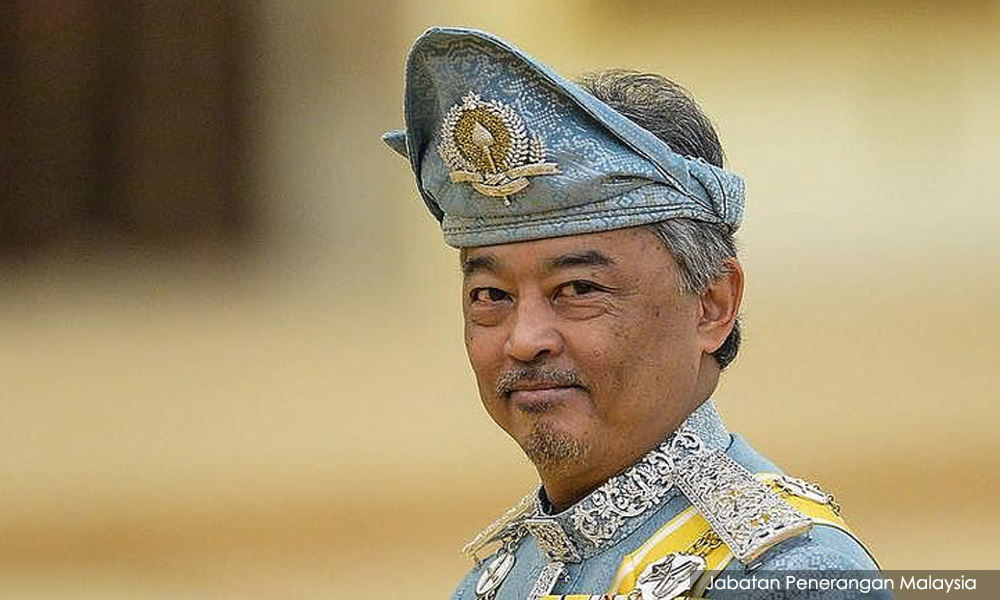 Will Pahang regent be made sultan this week?

Pahang ruler Sultan Ahmad Shah is next in line to become the Yang di-Pertuan Agong, but the state monarch is ill.

His poor health condition led to speculation as to whether the Conference of Rulers would elect Johor ruler Sultan Ibrahim Sultan Iskandar, who is supposed to become the king after Sultan Ahmad Shah, instead.

However, the New Straits Times reported that the Pahang palace is expected to discuss the ascension of the regent, Tengku Abdullah.

If this is accepted, then the 59-year-old regent would replace his ailing father as the sixth sultan of Pahang this Friday.

"The matter (proposal to install Tengku Abdullah as sultan) was submitted by several influential family members and advisers in the royal house," a source told the daily.

"The meeting on the abdication will be held this week. It is to be attended only by close family members and advisers," the source added.

According to the NST, Tengku Abdullah would return from London to attend the meeting which is expected to take place at Istana Pahang in Bukit Kewangan, Kuala Lumpur.

The report quoted royal sources who said the ascension would effectively pave the way for Tengku Abdullah's election as the 16th Yang di-Pertuan Agong, based on the current rotation system.

Aides to Tengku Abdullah and the sultan's office in Pekan, however, declined to comment.

On Monday, the Conference of Rulers held a special meeting in Istana Negara, which was convened following the unprecedented resignation of Kelantan's Sultan Muhammad V as the 15th Yang di-Pertuan Agong.

The state monarchs set Jan 24 for the Conference of Rulers to elect the next Yang di-Pertuan Agong, with the swearing-in ceremony to take place on Jan 31.

Until the new ruler is elected, Perak ruler Sultan Nazrin Shah, who is the deputy Yang di-Pertuan Agong, would serve as acting king.

tengkuabdullahsultanahmadshah
Related Reports
Blind spots over Agong's resignation
2 years ago
'Stepping down of Agong done in a courteous manner'
2 years ago
Sadness, shock over the resignation of the Agong
2 years ago
Who's next in line as Yang di-Pertuan Agong?
2 years ago