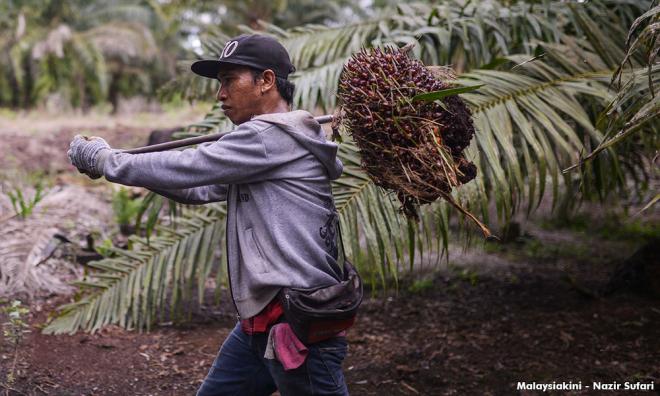 Primary Industries Minister Teresa Kok Suh Sim has reportedly said that the prime minister will be writing a letter to the French president and Norwegian prime minister to protest the European Union (EU) parliament's decision to ban palm oil from transport fuels.

According to Bernama, Kok told reporters that the government was "working on it now".

She was speaking at the Reach and Remind, Friends of the Industry Seminar 2019 and Dialogue in Kuala Lumpur today.

Kok reportedly said that the ministry would send a copy of the letters to the Malaysian media once they have been completed.

In 2017, the European Parliament voted to ban the use of palm oil in all European biofuels by 2020, citing environmental concerns.

Subsequently, EU negotiators agreed to phase out the use of palm oil in transport fuels by 2030.

In December last year, the Norwegian parliament voted to make Norway the first country in the world to ban biofuels that contained feedstocks derived from deforestation such as palm oil from 2020 onwards.

According to Bernama, Norway was the third EU country to pass such a resolution related to palm oil after Switzerland and France.

The French National Assembly had voted to end tax incentives for palm oil-based biodiesel by 2020.

Kok reportedly noted that as a palm oil producing country, Malaysia would not tolerate the decision made by these countries and action must be taken or it would affect the bilateral trade relations between Malaysia and the EU.

“One by one, the EU parliament have passed this kind of resolution or rules,” she said.

According to the Malaysian Palm Oil Council, the EU is the second-largest import market for Malaysian palm oil.

“Therefore, we see this as a serious matter and since we are the chairman of the Council of Palm Oil Producing Countries (CPOPC), we will use the platform to work with Indonesia, the world’s largest palm oil producer, to fight against the ban.

“We hope the EU can be considerate as palm oil is our fifth major export product,” Kok reportedly said, adding that she would be going to Indonesia next month.

As an additional measure to combat this issue, the minister reportedly added that her ministry would chair a palm oil war zone meeting involving the International Trade and Industry Ministry, the Foreign Ministry, and the Energy, Science, Technology, Environment and Climate Change Ministry to discuss how the government would deal with the ban.

She reportedly said the campaign's objective was to instil national pride and greater appreciation for Malaysian palm oil, focusing on socio-economic importance, health, nutrition, and food and non-food applications.

“Events and activities will be held catering to different stakeholders, including industry members, professionals, students, academia and the general public.

“These include targeting our young impressionable people from primary school to tertiary levels through the setting up of palm oil ambassador clubs in campuses, Edupalm forum, palm oil cooking competition and educational palm tree planting exercise,” she said.

She reportedly said locals also needed to be educated with the correct information such as that the palm oil industry was more efficient, with yield ten times more than other oils per hectare planted, thus utilising less land, and it used fewer pesticides and chemical fertilisers than other vegetable oil sources.

In addition, Kok also said that Malaysia was prepared to meet Europe's requirement as stated in the Amsterdam Declaration that only certified palm oil be sold by 2020.

This would be met through its mandatory Malaysian Sustainable Palm Oil (MSPO) certification scheme.

“We will ensure that all palm oil exports to the global markets, including Europe, are at least MSPO-certified by Jan 1, 2020,” she said.