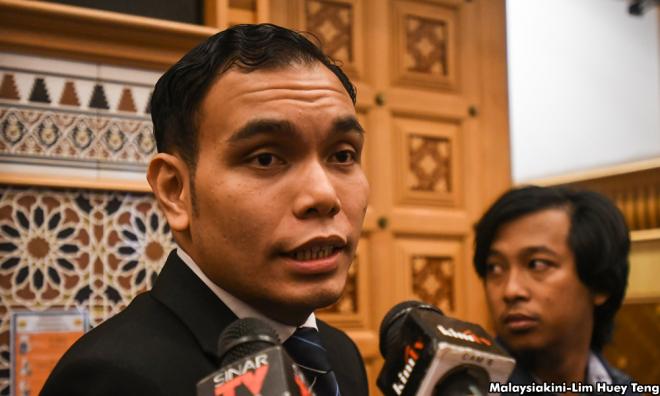 DAP man condemns use of Sedition Act against Lokman Adam

Calling the Act a draconian law, Syahredzan tweeted that using it against Lokman was uncalled for, adding that there were many other legal provisions the authorities could use to investigate the president of the Umno-linked NGO, Pemantau Malaysia Baru.

"If it was true that Lokman Adam was arrested by police under the Sedition Act, I object to his arrest under the draconian law. There are many other Acts that can be used to take action against Lokman Adam.

"He had indeed broken the law many times when he threw slander and made allegations, but it is uncalled for of the authorities to use the Sedition Act," he said in a series of tweets last night.

Syahredzan, who is the political secretary to DAP veteran Lim Kit Siang, is one of the advocates who called for the Pakatan Harapan government to abolish several laws deemed as draconian and repressive.

Earlier, he had also condemned the arrests of three individuals under the Sedition Act recently for allegedly posting remarks insulting to the monarchy.

In a statement yesterday, Pemantau Malaysia Baru said that Lokman had been arrested by police to facilitate investigation into his allegation that the Harapan government was trying to protect those who murdered firefighter Muhammad Adib Mohd Kassim.

However, police have yet to confirm that the arrest was made under the Sedition Act.

Malaysiakini is attempting to contact Bukit Aman for a response on this matter.