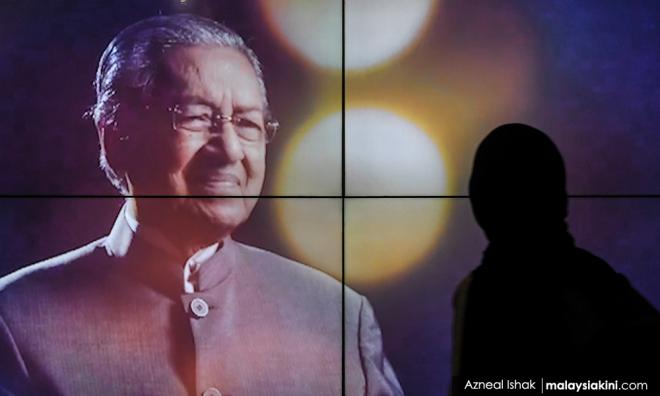 Patronage is king in new Malaysia?

COMMENT | When Dr Mahathir Mohamad led the opposition to a stunning election victory, he had an effective rallying cry that reflected why Umno’s form of governance was problematic: “Cash is king.”

If Mahathir is not careful, worrying recent trends indicate a similarly disconcerting problem about Pakatan Harapan’s government: “Patronage is king.”

When Harapan wanted to capture power, the coalition’s leaders told Malaysians to expect real change if Umno was expelled from government. These reforms included ending ethnically-based policies, unfailingly applied since the 1970s to justify patronage favouring bumiputera, though extremely abused to enrich politicians in power.

The prime minister would also no longer concurrently serve as finance minister who had under his control a slew of GLCs like 1MDB and Tabung Haji, enterprises that had been persistently abused by Umno. Politicians would not be appointed as directors of GLCs.

These pledges contributed to Harapan’s considerable achievement of ending authoritarian rule in Malaysia. However, Harapan has been in power barely eight months and already alarming trends are appearing which suggest that this coalition is finding ways and means to renege on its pledges.

Equally troubling is a gradual and perceptible attempt to reinstitute the practice of selective patronage in the conduct of politics and in the implementation of policies, hallmarks of Umno politics that led to its fall.

Malaysia’s only sovereign wealth fund, Khazanah Nasional, was channelled from the Finance Ministry to the Prime Minister’s Department. The government did not publicly disclose why the shifting of these GLCs between ministries was necessary, but it is now clear that the Finance Ministry no longer holds enormous influence over the corporate sector.

With Khazanah under his ministry, Mahathir, though not also functioning as the finance minister, had secured control of Malaysia’s leading investment arm. When Mahathir argued that Khazanah had deviated from performing one of its original objectives, helping the bumiputera, this contention was disputed by numerous analysts.

Mahathir went on to appoint himself as chairperson of Khazanah, though this was, by convention, the practice. The convention also was that the finance minister should be a member of Khazanah’s board.

Instead, Azmin was given this appointment. Whether the prime minister and the economic affairs minister should have been appointed board members of Khazanah merited debate as Harapan had pledged that politicians would not be appointed as directors of government enterprises.

On Sept 1, 2018, a Congress on the Future of Bumiputeras and the Nation was convened by Azmin’s ministry. Mahathir stressed at this convention the need to reinstitute the practice of selective patronage, targeting bumiputeras, though no longer would the government allow for the distribution of what he referred to as “easy contracts.”

Daim Zainuddin, the chair of the Committee of Eminent Persons (CEP), established to prepare a report reviewing the state of the economy, endorsed the need for such a bumiputera policy, though he acknowledged problems of the past when he said: “We want to get it right this time.” Daim also stressed that the government would strive to change the mindset of bumiputera.

The nation was not told how this policy will be altered to get it right, nor how mindsets will be changed. Meanwhile, the CEP report, though submitted to the government, was not publicly disclosed.

Instead, the bumiputera policy was stressed when the Economic Affairs Ministry released its Mid-Term Review of the 11th Malaysia Plan, while other ministers have actively affirmed that GLCs will be divested, an issue also in the 2019 budget. Given Malaysia’s long history of political patronage, worrying questions come to mind of these divestments.

For example, one important equity sale by Khazanah, an issue that barely secured any analysis in the press, was that of its interests in CIMB, the country’s second-largest bank. Khazanah reduced its equity holding in CIMB by 0.66 percent, a seemingly small divestment.

However, does this sale mark the beginning of the transfer of control of CIMB to well-connected business people, even proxies of politicians, a common practice by Umno in the 1990s? Will Harapan, through such divestments, move to create a new breed of powerful well-connected business groups, even oligarchs, a trend seen in other countries transiting from authoritarian rule to democracy?

Another worrying issue occurred recently. Rural and Regional Development Minister Rina Harun of Mahathir’s party, Bersatu, approved the appointment of politicians from her party to the boards of directors of GLCs under her control.

This is extremely worrying because, under Umno, the Rural and Regional Development Ministry was persistently embroiled in allegations of corruption, with Mara being the prime example.

The practice of patronage through GLCs to draw electoral support was rampant under this ministry as it has a huge presence in states with a bumiputera-majority population.

So important is this ministry, in terms of mobilising electoral support, that it was always placed under the control of a senior Umno leader. During Najib Abdul Razak’s administration, then-Umno vice-president, Mohd Shafie Apdal, served as its minister before he was unceremoniously removed from office. Shafie was replaced by Ismail Sabri Yaakob, Najib’s close ally.

What Rina, once an Umno member, has done by appointing politicians to GLCs under her authority is so reminiscent of patronage practices that had undermined the activities of these enterprises.

Azmin subsequently endorsed what Rina had done on the grounds that “there are some politicians who have professional background, such as accountants, engineers or architects, who can contribute to GLCs”.

Mahathir should know better than to allow this. After all, he had stressed that GLCs function to fulfil a “noble vision”, including the alleviation of poverty, equitable wealth distribution and spatial development, promotion of rural industries and the fostering of entrepreneurial companies in new sectors of the economy. Mahathir had also persistently referred to Malaysia’s complex ensemble of GLCs as a “monster.”

However, Harapan has refused to establish an independent committee to review this extremely complex GLC network that operates at the federal and state levels. Is this reluctance because Harapan plans to similarly employ GLCs for the practice of patronage, as recent trends suggest?

What is clear, even becoming the norm, is Harapan’s consistent message to the nation: selectively targeted patronage will continue. The primary advocate of this message is Bersatu, an Umno off-shoot.

At Bersatu’s first convention after securing power, held two weeks ago, its president, Muhyiddin Yassin, was quoted as saying: “As a party for the ‘pribumi’ or indigenous group, Bersatu should not be apologetic to champion the bumiputera agenda”.

Muhyiddin went on to say: “No one in our society will be left behind. Hence, this agenda is not a racial agenda, but a national agenda.” These statements are strikingly similar to what Umno had stressed when in power.

These trends suggest that for Harapan, and Bersatu in particular, consolidating power, by marshalling bumiputera support, is its primary concern, not instituting appropriate economic and social reforms.

If the government hopes to change mindsets, Harapan must focus on just universal-based policies that assist all Malaysians. In the process, disenfranchised bumiputera will also be supported. Patronage need not be king.

TERENCE GOMEZ is a professor of political economy at the Faculty of Economics and Administration, Universiti Malaya.