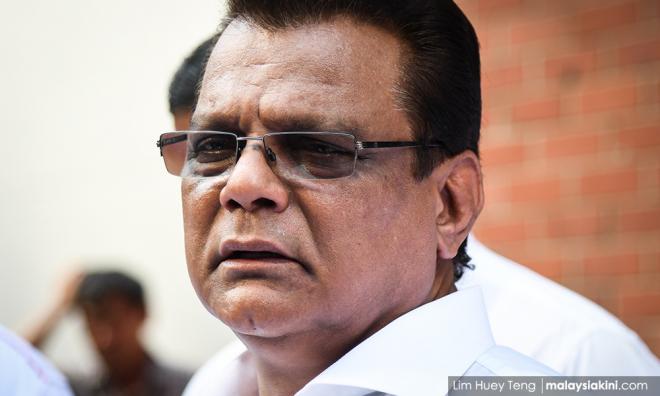 He made the declaration while announcing his support for Pakatan Harapan in the Cameron Highlands by-election.

"Let me say this clearly so that there is no room for misinterpretation. I am a supporter of Mahathir and Anwar.

"It is the strength and wisdom of the prime minister that will take us through the damage of the long old regime.

"And it is the strength and vision of the prime minister-designate that will see us forward to a bright future," he said.

Kayveas had previously announced his intention to contest in the Cameron Highlands by-election.

However, when he turned up in Tanah Rata this morning, he did not enter the nomination centre.

Instead, he went over the BN camp and hugged acting Umno president Mohamad Hasan.

This led to speculation that he may back BN, which MyPPP was previously part of.

Shortly after, however, Kayveas pulled off a surprise when he announced that he was backing Harapan.

He also distributed a prepared statement to declare his support for the new ruling coalition.

"I will be openly and aggressively supporting Harapan's candidate.

"They can count on us to stand with them and bring all our support to the ballot box for them," he said.

Kayveas was born in Cameron Highlands, and had been working the ground in a bid to lobby BN to allow him to contest in the 2018 general election.

However, BN denied his request as the seat is a traditional MIC constituency.

In this by-election, MIC has made way to a direct BN candidate, namely former senior cop Ramli Mohd Nor, who is from the Orang Asli community.

The community comprises a significant portion of the Cameron Highlands electorate.

The by-election was called after the general election results for Cameron Highlands was voided by the Election Court after it found evidence of vote-buying. MIC had won the seat in the last general election.